Three Dog Night introduces The Birchmere to Jeremiah the Bullfrog, a good friend of ours

Listen to the full hour-long conversation on WTOP’s “Beyond the Fame” podcast.

Bullfrogs named Jeremiah were never the same after the arrival of Three Dog Night.

The classic rock band hits The Birchmere in Alexandria, Virginia on Saturday night.

“It has my favorite food, my favorite kitchen, soul food,” lead singer Danny Hutton told WTOP. “Backstage, when you walk down the hall, every artist I love has played here.”

Aside from the occasional drive-in or casino show, the band has largely been sidelined for the past year and a half as the nation grappled with pandemic restrictions.

“I hadn’t sung for a couple of months and it frightened me vocally,” Hutton said. “I said, ‘To hell with this. I’m going to sing every day.’ So, two hours a day, I sing every day and my voice I think is better than it’s ever been. We’ve never lowered the keys. I was a baritone; now I sing above high-C, which is the big note for an opera singer.”

Born in Ireland in 1942, his family emigrated to Boston but moved to L.A. due to crime.

“I lived in Boston from [age] 5 to 12,” Hutton said. “The Brinks Robbery in Boston was the biggest robbery in history at the time. [William] Friedkin did a movie on it. My mother was the landlady for a [hitman] named Trigger Burke, so we had police protection for six months. … She said, ‘Honey, we’re going to Hollywood.’ A week later, we took the train.”

While Trigger Burke’s target, Joseph “Specs” O’Keefe, went on to become Cary Grant’s chauffeur, Hutton spent his teen years in Hollywood with all the movie stars.

“I was at Music City,” Hutton said. “They had these listening booths. … I’m in the booth on the street and Fred Astaire walks by! Two doors down, Dean Martin’s tailor had a place. … I was in Catholic school, so on Sunday, I’d stand way in the back, not in the pews. All the cool people sat in the back: Liberace and his friend, Spike Jones, Danny Terranova.”

After appearing as an extra in Stanley Kramer’s “It’s a Mad, Mad, Mad, Mad World” (1963), Hutton broke into the music business as a songwriter for Hanna-Barbera Records in 1965.

“I would write and play all the instruments,” Hutton said. “I wrote this song called ‘Roses and Rainbows’ and they said we’re gonna release that as a single. … We’re introducing Pebbles and Bam Bam, these two little figures, so we’re going to put you into that segment singing your song on TV. … Then they book me on the Sonny & Cher tour as a solo act.”

“He played me part of the ‘Pet Sounds’ album and I thought, ‘Oh my God!'” Hutton said. “I was there during that whole time he did ‘Pet Sounds,’ ‘God Only Knows’ [and] ‘Wouldn’t It Be Nice.’ I was there watching it. … I was there at his house all the time. We became best friends. I was his best man at his last wedding. … He is a genius and a sweetheart.”

In 1967, Hutton formed a band with Cory Wells and Chuck Negron, originally called Redwood, which they pretty soon changed to a much catchier title: Three Dog Night.

“It had the number ‘3’ — it was visual,” Hutton said. “I used to get this magazine called ‘Mankind’ and they had this article on the Aborigines in Australia. … On a cold night, they’d sleep with more dogs [to keep warm]. … Our manager said, ‘You want a name with ‘dog’ in it?’ It’s funny, now you think about how ‘dog’ is used all the time: ‘Hey, dawg.'”

“I heard the demo and I was not really into it at first, then, I must admit, Cory was like, ‘Yeah, let’s do it!'” Hutton recalled. “Finally, we got into the studio for rehearsal and started playing it and we did our thing on it, and I went, ‘Damn. This thing works great.’ The record company president came down [and] said, ‘That’s a hit.'”

In 1971, “Joy to the World” featured the opening line, “Jeremiah was a bullfrog!”

“It should’ve been called that because ‘Joy to the World’ is a Christmas song,” Hutton said. “We released two other singles first off the album, but we got all these requests from DJs. … It exploded. I think it sold 10 million singles. … People always ask, ‘Do you ever get tired of singing that?’ Never. The rapport between us and the audience is amazing.”

The next album included another hit single in “An Old Fashioned Love Song.”

“We would have listening sessions, so we would get all of these different demos,” Hutton said. “We’d have the ‘no’ pile, which was huge; the ‘maybe’ pile, which was less; and then the ‘yes’ pile, which was very small. That ended up being one of the ones where we all went, ‘Yeah, we like it.’ That’s the only way we could do it — all three of us in unison.”

The same album included the slower-paced hit “Never Been to Spain.”

“We loved it, but when I hear it now, it sounds like we were on cough syrup or something,” Hutton said. “It’s so slow! We’ve picked up the tempo, so now it’s better than it was. That groove was so molasses slow. … That was the approach then and it worked. … It’s like anything, you do something and years later, you go, ‘Oh my God.'”

In 1972, they recorded “Black and White” about the Supreme Court case Brown vs. Board of Education. It was first recorded by Peter Seeger and co-written by Alan Arkin’s father.

“Alan Arkin wrote ‘Day-O,'” Hutton said. “We go to Holland, I get up to my room and they’re still cleaning it. I said, ‘Let me just stay in the room and I’ll stay out of your way while you clean the room.’ They had the TV and radio going, and I heard the end chorus of ‘Black and White,’ and I go, ‘Oh my God, that’s a hit!’ I didn’t know anything about the song.”

Hutton’s son, Dash, went on to become the drummer for Haim.

“Dash is a drummer for a lot of people,” Hutton said. “My boys were about the same age, so at 4 or 5, they were playing. …. My son, Tim, is our bass player now. … My wife and I had an RV, so we’d follow the tour bus with the three kids, so they were backstage with The Beach Boys, Jerry Lee Lewis. Tim knows the bass parts better than anybody.”

“We had a party on the street and we hired a little horse for pony rides,” Hutton said. “[Robert Englund a.k.a. Freddy Krueger] came up and said, ‘Oh my God, look at this little street!’ We would send our kids over there on Halloween and they would freak out.”

It remains a mystery as to why Three Dog Night is not yet in the Rock & Roll Hall of Fame.

“[Rock Hall co-founder] Ahmet Ertegün came up to our house before we were signed,” Hutton said. “We did an a-capella song called ‘It’s For You’ on our first album [and] he heard it and said, ‘I want to sign you.’ We went, ‘Whoa, Atlantic Records!’ But he said, ‘Aretha did a song for under $1,000.’ … We turned him down, so that’s probably [why].”

Alas, it doesn’t really matter. The audience is his only barometer for success.

“I sincerely don’t care,” Hutton said. “We’ve had a number of people in the Rock & Roll Hall of Fame who opened for us. We’re still doing it after all of these years. … I don’t need to be validated by some committee. … Who is anybody to say, ‘You, but not you?’ … People get awards for music and I always say, ‘What hit records did they have?'”

When all the dust settles, how does he want to be remembered?

“My tombstone would read: ‘Enjoy yourself. It’s later than you think.'”

Listen to the full hour-long conversation on WTOP’s “Beyond the Fame” podcast. 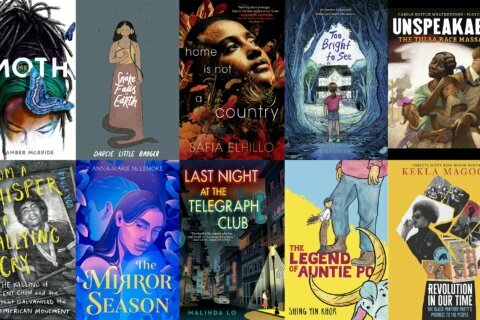 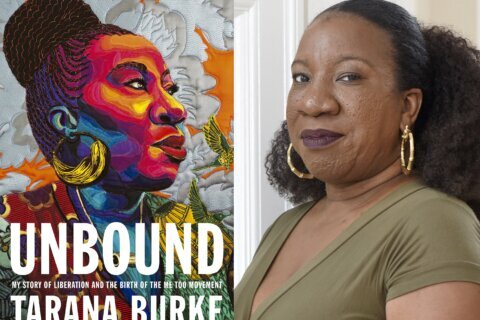 First, she was a survivor: #MeToo’s Burke tells her story