Get ready to watch supremely talented artists from the comfort of your home.

“Last March when everything went still … we knew that we would have to pivot to digital,” president and CEO Jenny Bilfield told WTOP. “We actually saw it as an opportunity to work even more closely with artists to create a platform to introduce them more intimately to audiences.”

“He has such an incredible imagination and is a really exceptional collaborator,” Bilfield said. “He loves working with extraordinary virtuoso musicians. On this particular program, which was filmed at Strathmore, he brought three other percussionists. Two are hand percussionists and one that is very well known to jazz lovers, Marcus Gilmore.”

After that, you can enjoy the solo music of cellist Alisa Weilerstein.

“She is a MacArthur Genius Grant winner, so acclaimed in every way,” Bilfield said. “She is doing an exquisite program of music by Bach, Benjamin Britten and Kodály. … She takes some of the more intricate passages of Kodály apart and puts them back together. … And then a work by Osvaldo Golijov, who is a composer she has commissioned numerous times.”

Next is the classical “super trio” of Evgeny Kissin, Joshua Bell and Steven Isserlis.

“All three of them are frequent visitors,” Bilfield said. “The program actually focuses on themes of Jewish life, memory and loss, so there’s a lot of depth and personal narrative to this, and Evgeny Kissin will read some Jewish poetry that he has internalized in his personal life.”

(UPDATE: Washington Performing Arts has since postponed the above “super trio” event)

“Veronica we first heard when she toured with Chris Botti, she was one of the special guest artists and we were like, ‘Oh my gosh, we have to have her as a soloist,” Bilfield said. “She’s from Virginia and she can pretty much sing anything. She is an extraordinary jazz vocalist, she’s a composer, very influenced by opera, but she is a very deep thinker about the arts.”

“She is coming from Germany to film this concert — that has been no small feat,” Bilfield said. “Her program is Bach, ‘The Art of Fugue,’ which is one of those epic works, kind of a Mount Everest for pianists. … In addition to tackling this monumental piece and program, she is actually going to have a ‘Linger Longer’ conversation with her teacher, Dr. András Schiff.”

Through it all, Wynton Marsalis will chat with the artists for The Arts, Undistanced.

“Wynton is really closely tied in with Washington Performing Arts history,” Bilfield said. “Our relationship actually goes back to Wynton’s days as a [Juilliard] student and very early days in his career. … We thought it would be really interesting to have Wynton in conversation with folks. … He created his own questions that were infinitely more interesting and warmly disarming.”

Events premiere Fridays at 8 p.m. and stream through the following Thursday.

Tickets range from $15 to $35 or $4 for the Gateway Student Ticket Program. 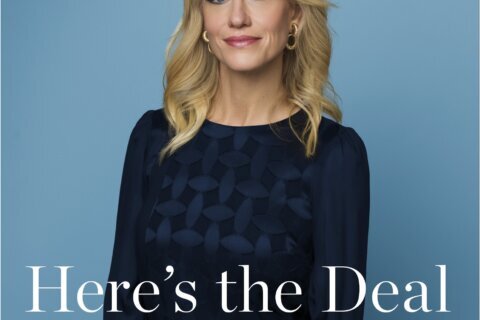 Kellyanne Conway memoir ‘Here’s the Deal’ coming out May 24