During the pandemic, WWE superstars were forced to wrestle in front of digital screens.

This weekend, live crowds will finally return for WrestleMania 37 in Tampa, Florida.

“It has been over a year since I have heard [or] seen the WWE Universe, since I have smelt their energy,” WWE superstar Braun Strowman told WTOP. “In less than 48 hours, my music is going to hit, I’m going to go out there and 20,000 people are going to throw their arms over their heads and roar with me. Words can’t describe how excited I am.”

The two-day event hits Peacock live on Saturday and Sunday, featuring Edge vs. Roman Reigns vs. Daniel Bryan; Bobby Lashley vs. Drew McIntyre; Sasha Banks vs. Bianca Belair; The Fiend vs. Randy Orton; and Strowman vs. Shane McMahon in a steel cage match.

“This ain’t gonna be pretty,” Strowman said. “It’s not going to be technical, I’m going to go in there and throw Shane McMahon like a rag doll until his body is lifeless laying in the middle of the ring. I’m going to stand overtop of him and I’m going to show the world: this is what happens to bullies.”

He may want to study tape of Shane’s past matches with X-Pac, Steve Blackman, Kurt Angle, Kevin Owens, AJ Styles and The Undertaker, in which he jumped off the side of a Hell in the Cell.

“I’ve definitely scouted,” Strowman said. “I know what Shane’s capable of doing. He will go to all ends to get the job done, but at the end of the day, I’m not worried about it. He could climb the top of that pirate ship in Raymond James Stadium and drive off of it with a car and I’m going to catch it and I will run and powerslam him and the car in the middle of that ring.”

Born in North Carolina in 1983, Strowman competed in strongman competitions before signing with WWE in 2013. He made his debut on “Raw” in 2015 as a member of the sinister Wyatt Family.

“The Wyatt Family will always be very near and dear to my heart,” Strowman said. “Three amazing guys that I had the opportunity to travel around the world and learn with. … Thinking back on the passing of Brodie [a.k.a.] Luke Harper, it’s something that I’ll think about and cherish the rest of my life. It was a very special time with the younger me falling in love with this business.”

His career has seen numerous highlights, including winning the Money in the Bank ladder match and the Greatest Royal Rumble in Saudi Arabia — both in 2018 for quite the creative push.

Still, WrestleMania remains the “grand daddy of them all.”

“My first WrestleMania was Dallas. It was me, Bray Wyatt and Erick Rowan against John Cena and The Rock,” Strowman said. “I pulled up a YouTube clip of our entrance of Bray, myself and Rowan coming down to the ring with The Rock in the middle of the ring. All of Texas Stadium is blacked out with 101,000 cellphone cameras waving in the air that were the fireflies.”

Last year, he beat Goldberg for the Universal Championship at WrestleMania 36.

“It was a last-minute thing,” Strowman said. “I jumped on a private jet from my house in the middle of nowhere Wisconsin, flew down, landed at 2:00 in the morning, at 9 a.m. was wrestling Goldberg the next day. Crazy. That is the life of WWE. You never know what they’re going to ask you to do, where you’re going to be, just when you get an opportunity, you make the most of it.” 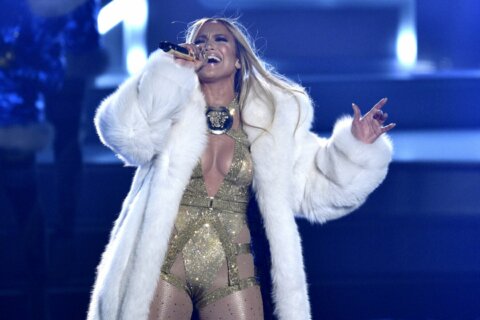