NEW YORK (AP) — The life of Philip Roth was a story. So was the writing of his biography.

Blake Bailey’s “Philip Roth,” a volume Roth had imagined in some form for more than 20 years, comes out April 6. Ever willing to provoke or amplify an argument, the author of “American Pastoral,” “Sabbath’s Theater” and other novels had been thinking of a biography ever since his former wife, actress Claire Bloom, depicted him as unfaithful, cruel and irrational in her 1996 memoir “Leaving a Doll’s House.”

Roth was determined to have his side come out, but wanted someone else to tell it. He first recruited Ross Miller, an English professor and nephew of playwright Arthur Miller, but became so unhappy with what he believed was Miller’s narrow scope that the two had a falling out. So in 2012, Roth brought in Bailey, granting him full access to his papers, his friends and, the highest hurdle, the author himself.

Bailey would have the final say.

“Philip understood what the deal was,” Bailey told The Associated Press, “and mostly abided by it.”

Over the next six years, until Roth died in 2018, he and Bailey were collaborators, friends and sometimes combatants. As Bailey writes in the book’s acknowledgements, their time together could be “complicated but rarely unhappy and never dull.” One moment, Roth might be cracking jokes or cheerfully looking through a photo album of old girlfriends — there were many — and the next he was seething over Bloom’s alleged crimes.

The British author Edmund Gosse once defined a biography as “the faithful portrait of a soul in its adventures through life.” Bailey’s book is more than 800 pages and could have lasted hundreds more. Roth completed more than 30 books and lived many lives in 85 years. Bailey assumes the roles of critic, confessor, psychologist, even marriage counselor.

He traces Roth’s life from his stable but inhibiting middle-class childhood in Newark, New Jersey, to adult years of literary discipline and personal liberties, and his final years of self-imposed retirement.

The “real” Philip Roth has been a quest for countless critics — and the author himself — since his 1969 bestseller “Portnoy’s Complaint” left many readers believing that Roth and his lusting narrator were one and the same.

Which they were, and were not.

“I expected the tasteless jokes and lewdness and so on,” Bailey says of his time around Roth. “What surprised me was the essential benevolence of the man.”

Few literary biographies have been so awaited. Bailey’s book is a meeting ground between one of the world’s most tempestuous and debated authors and one of its most celebrated biographers, whose works on John Cheever and Richard Yates have been held up as models of stylish prose, incisive criticism, thorough research, and a willingness to confront the worst in his subjects without condemning them.

“I thought Blake did a brilliant, incredibly thorough and intelligent and loving job on my father,” Susan Cheever, John Cheever’s daughter, told The Associated Press in a recent email. “Biography is a hard road — all the adjustments of context and character — but I thought he balanced it all just about perfectly and I think it’s a sign of Philip’s genius that he chose Blake as well.”

Most of the early reviews, from Kirkus to The Atlantic, have been positive. Claire Bowden, writing in The Sunday Times, praised Bailey for documenting Roth’s struggle “to be seen as a serious novelist not a sex fiend, fighting his ex-wives, critics and his failing body.” The New Yorker’s David Remnick, who came to know Roth, praised Bailey as “industrious, rigorous, and uncowed.”

Others were more critical. The New York Times’ Parul Seghal found Bailey more interested in gossip than in literature and called the book “a sprawling apologia for Roth’s treatment of women, on and off the page.” Laura Marsh of The New Republic also found Bailey too indulgent of Roth’s vices, from his relationships with women to his resentments against critics, and concluded the result “is not a final winning of the argument, as Roth might have hoped.”

Bailey says his aim was to follow Roth’s motto as an author — to “let the repellent in,” and acknowledge him as a “messy, complicated human being.”

The biographer is as likely to salute “American Pastoral” as to fault such lesser works as “The Great American Novel” and “The Humbling.” In Roth’s memoir “The Facts,” he had his fictional alter-ego Nathan Zuckerman scold him as “the least completely rendered of all your protagonists.”

Bailey was never less than fascinated — even when appalled. Roth had “not a monogamous bone in his body,” he said, could hold grudges as if they were family heirlooms and was often fatally misguided in his judgment of people.

“But there was a side of Philip that was wholly admirable. He had a giant streak of filial piety — towards (Saul) Bellow and (Alfred) Kazin and various writers he admired,” Bailey added. “If a friend of Philip was in distress, he would get on a phone, and he would start organizing support, make sure his friend could pay the medical bills.”

“He was a darling man in many ways.”

Kids rarely grow up dreaming of of becoming a literary biographer, and Bailey, an Oklahoma City native and Tulane University graduate, first hoped to write fiction. He completed a handful of novels, including one called “Bourbon In the Bathtub,” but eventually realized he was more comfortable writing non-fiction, and leaving himself out of the story. His inspirations include the British biographer Lytton Strachey, whom Bailey said regarded humanity as “ridiculous, but also touching.”

Biographies of living subjects — at least living when the project begins — have a long and troubled history. They can range from Kitty Kelly’s unauthorized assessments of Frank Sinatra and Nancy Reagan to countless hagiographies in which the subject has final say over the manuscript. Bailey contacted Roth at the suggestion of James Atlas, whose book on Bellow is often cited as a warning that biographers may come to dislike their subjects.

Asked if Roth’s death made him feel freer to write as he pleased, Bailey responded that Roth “knew the worst (about him) was coming” in the book, citing Roth’s vicious harassment of a friend of Bloom’s daughter and his extramarital affair with a woman identified as “Inga.” Bailey remembered a meeting with Roth a few months before his death, at the author’s Manhattan apartment. Roth was exhausted, barely able to stand, and he was angry.

“I kept asking him questions he didn’t want to answer. ‘It’s not in my interest to answer these questions, so you need to change the subject,'” Bailey remembers Roth saying. “And in the midst of that, he said, ‘You know, this is the best I’ve felt in weeks, you (expletive)’! And he roared with laughter.” 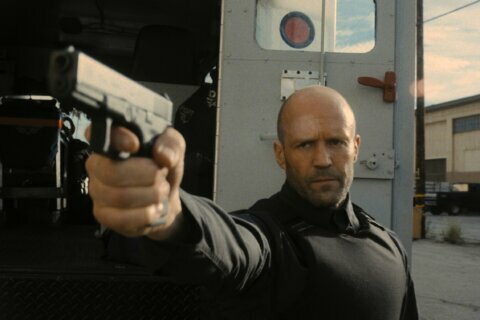