It premiered at the Venice Film Festival and was runner-up to “Nomadland” for the People’s Choice Award at the Toronto International Film Festival in September, before making its D.C.-area premiere at the Middleburg Film Festival in Virginia in October.

Now, after its theatrical release on Christmas Day, “One Night in Miami” streams on Amazon Prime this Friday. While it may be Regina King’s directorial debut, it has all the makings of a Best Picture contender with a powerfully intimate look at a historic meeting.

The cast is exceptional, namely Ben-Adir (“The O.A.”), voted Best Breakthrough Actor at the Gotham Awards. It’s hard not to compare him to Denzel Washington’s transcendent turn in “Malcolm X” (1992), but Ben-Adir makes it his own, maintaining a stern attitude and no-nonsense demeanor as the film’s social conscience gadfly sparking every debate.

Equally remarkable is Odom Jr. as the suave Sam Cooke, lending the same smooth pipes he brought to Broadway’s “Hamilton,” whose Disney+ release is uniquely eligible for the Golden Globes. Expect Odom Jr. to be a dual nominee for Supporting Actor in “Hamilton” and “One Night in Miami.” He might win for the latter, unless his co-stars split the vote.

As for Clay, Goree (“Race”) dials it up to 11 as the G.O.A.T. with spot-on speech and mannerisms, almost to the point of caricature. It’s here that the film’s artifice is exposed, but then again, the real Muhammad Ali was always a living, breathing caricature of himself, crafting an over-the-top persona as he declared to the world, “I am the greatest!”

Refereeing it all is Hodge (“The Invisible Man”), who remains the calm, steady voice of reason as Jim Brown. Audience members will relate most to his character as he tries to stay above the fray, juggling a successful football career with a desire to make it in Hollywood, but ultimately realizing his bigger role to play in shaping the soul of a nation.

Screenwriter Kemp Powers bases the script on his own 2013 play, joining “12 Angry Men” (1957) and “Fences” (2016) by taking place in mostly one location. Here, it’s a Miami hotel room with a brief rooftop interlude at the midpoint. In spite of these geographical limitations, Powers’ screenplay is surprisingly engaging as it imagines the discourse.

As the four celebrities discuss the Civil Rights Movement, their personalities clash as they rib each other, question themselves and break down race relations. At times, Malcolm X has the moral high ground by criticizing Cooke for not recording political records. Cooke argues that he sets an example by owning the rights to his own masters.

In lesser hands, the claustrophobia would constrain a filmmaker, but King’s debut is dynamite, turning an intimate chamber piece into an electric proving ground. She laces the space with symbolism, filming the men behind wooden bars to foreshadow the murder of Cooke in December 1964 and the assassination of Malcolm X in February 1965.

That’s right, two of these men would be dead less than a year after the film’s events.

King has the Midas Touch at awards lately, winning an Oscar for “If Beale Street Could Talk” (2018) and an Emmy for “Watchmen” (2019). Expect her to become the first Black woman nominated for Best Director. I doubt she’ll win over Chloe Zhao’s “Nomadland” or Kelly Reichardt’s “First Cow,” but King still has a shot at bringing home Best Picture.

Right now, it’s a major underdog, ranking fifth by the odds makers. Still, there’s so much time before the Oscars on April 25 that “Nomadland” and “The Trial of the Chicago 7” could suffer front-runner fatigue, allowing “One Night in Miami” to land an upset knockout.

Why do I think this when virtually no one else is predicting it right now?

It’s the type of movie that old Academy members dig, a polished biopic that’s cleverly subversive but not overly controversial. It can also capture newly diverse members of the Academy by featuring an all-Black cast playing four Black heroes directed by a Black woman. This combination of old and new voters could hit the sweet spot to win it all.

Either way, the film ends on a pitch-perfect note, cutting to black as Malcolm X closes his eyes watching Cooke sing “A Change is Gonna Come” on national television. As Odom’s voice swells with the same brand of “Hamilton” goosebumps, the movie proves once again, in this cramped Miami hotel, that it’s thrilling to be in the room where it happened. 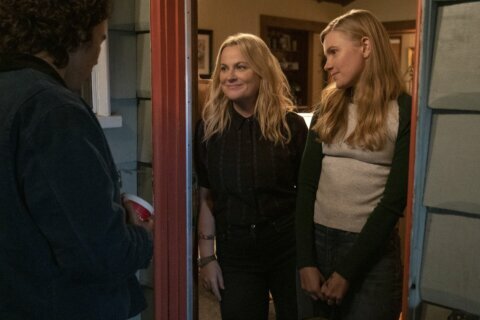 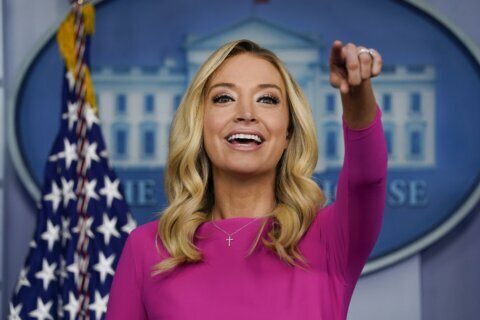