Who knew that cinema’s October surprise would be Sacha Baron Cohen?

Just a week ago, he earned Oscar buzz in Netflix’s “The Trial of The Chicago 7.”

This weekend, he returns with the Amazon Prime release “Borat: Subsequent Moviefilm,” a sequel to the hit mockumentary “Borat: Cultural Learnings of America for Make Benefit Glorious Nation of Kazakhstan” (2006), which won him a Golden Globe.

Though the first film was a post-9/11 satire, the sequel tackles Trump-era politics amid the coronavirus pandemic. This time, he travels to America with his daughter, Tutar Sagdiyev (Maria Bakalova), to present her as a gift to Vice President Mike Pence.

His deadpan style is hysterical as his “very nice” fictional character elicits real reactions from real people. It’s a slightly more refined version of the reality pranks by the boys of “Jackass” and “Impractical Jokers,” yet still unapologetically lowbrow.

Fourteen years later, Borat has a lot of catching up to do with technology, holding entire text conversations over fax. He’s also behind the times on societal norms, shocked that women can own stores and drive cars without their heads exploding.

His daughter is similarly gauche, pranking clothing retailers, plastic surgeons and obstetricians, who can’t believe the backward questions that she is asking.

Most of the humor lies in the stunned reaction shots of unsuspecting strangers, though cinephiles will appreciate clever editing tricks, cutting from a bathroom stall to a religious speaker reading statistics: “We’ve seen a dramatic drop.”

Surely, Republican viewers will balk when Borat calls the president “McDonald Trump” and links him to child sex trafficker Jeffrey Epstein. However, viewers of all political stripes will cringe at Tutar’s flirtation with Rudy Giuliani, which may be selectively-edited entrapment but is still a terrible look for the former New York City mayor.

The most political moment comes when Borat shacks up with a pair of QAnon supporters, who kindly welcome him with southern hospitality, while sharing wild conspiracies of the Clintons drinking the blood of children in satanic rituals.

He even joins the men to sing a song at a QAnon rally with gas chamber lyrics eliciting a Nazi salute from a man with a blurred-out face. It’s reminiscent of the last film, when he goaded a rodeo crowd to cheer his announcement, “I support your War of Terror.”

Ultimately, the sequel implies that Borat himself was Patient Zero in Wuhan, China. That’s right: We have Borat to blame for the coronavirus. This is a novel twist for a comedy movie script that will no doubt cause fans to laugh in amusement, but it’s probably not that funny to anyone who lost a loved one to the deadly pandemic.

While that particular gag makes us sigh, “Too soon,” the film argues that the Trump administration was “too late” in fighting COVID-19. Cohen makes his case as Borat invades the annual Conservative Political Action Conference held at the Gaylord National Resort & Convention Center at National Harbor in Oxon Hill, Maryland.

As Borat is kicked out for wearing a costume of President Donald Trump to interrupt Vice President Pence, the VP’s words linger with ominous foreshadowing:

“As of today, we have 15 cases of coronavirus that have been detected in the United States, with only one new case detected in the last two weeks. And while the risk to the American public remains low, as the president said yesterday: ‘We’re ready.'”

That was back in February. What a difference eight months makes.

To Cohen, just letting the tape roll is more powerful than staged antics. 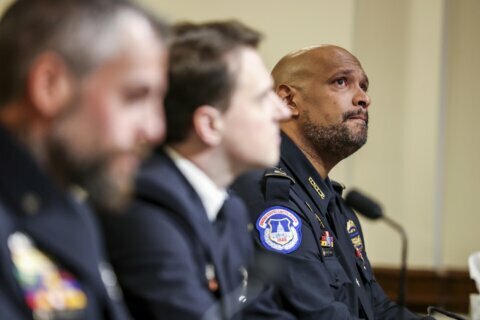