Grab some popcorn and candy corn! October is the perfect time for scary movies.

“We’ve really prided ourselves over the years to be the event that ushers in the Halloween season in the D.C. area,” founder Curtis Prather told WTOP. “I’m very happy we’re able to do the festival to have a bit of continuity to really be there for the people who’ve been there with us. … I want to thank everyone who has stood with us.”

Founded in 2006, the festival began at the Angelika Film Center in Fairfax, Virginia, before moving to Arlington in 2011. Along the way, it began holding special engagements at the AFI Silver, which has been its exclusive home since 2012.

“Films will drop at one time [and] they won’t go away; films will be available throughout the run of the festival,” Prather said. “It really will be open for the viewer to basically curate their own experience, which on one hand I find very satisfying, but I desperately miss the live experience. [I’m] looking forward to when we can do that again.”

Opening night Thursday brings the horror comedy “Get the Hell Out” (2020).

“‘Aenigma’ is crazy,” Prather said. “It’s Lucio Fulci’s 1988 sort of take-off on ‘Carrie.’ … It’s maybe the only film that I know of where someone gets killed by snails.”

Saturday brings the doc “Leap of Faith” about William Friedkin’s “The Exorcist.”

“Oh my god, I just love ‘Exorcist;’ it’s one of my favorite films of all time and it’s absolutely my favorite horror film,” Prather said. “I’m a fan of the filmmaker, who also dissected the first ‘Alien’ film, as well as the ‘Psycho’ shower scene. He really goes in for deep dives on these subjects, so that one was a real coup. It played at Sundance.”

“‘Alone’ is definitely one of the highlights of the year as far as genre films go,” Prather said. “It plays with well-worn tropes of the stranger being caught off guard, being stalked and hunted, but it does it in such a unique and interesting and sometimes provocative [way]. It’s a very compelling, very scary film, so I’m thrilled to have it.”

It all culminates Monday with the acclaimed British horror flick “Host” (2020).

“It’s one of a couple films that we have in the festival [that] were made during this time of COVID,” Prather said. “It is scary. It is a really scary, tight film. Just so well done. Friends get together for an online seance through Zoom during the pandemic.”

In addition to the films, you can enjoy celebrity guests like Count Gore de Vol.

“He has helped out since year one,” Prather said. “[Also], the last five years we’ve screened ‘The Rocky Horror Picture Show’ with an interactive shadow cast. … We produced a roundtable with members of the shadow cast. Some of them have been doing this since the ’80s and ’90s. … Drag performer Peaches Christ [is] in the Q&A.”

Past film highlights include “The Babadook” and “Tucker and Dale vs. Evil.”

“‘Tucker and Dale’ we sold out the big theater in the AFI,” Prather said. “I’ve just never heard that kind of laughter before. People [were] just coming to me afterwards like, ‘Do you have any other film coming up that’s like that?'” 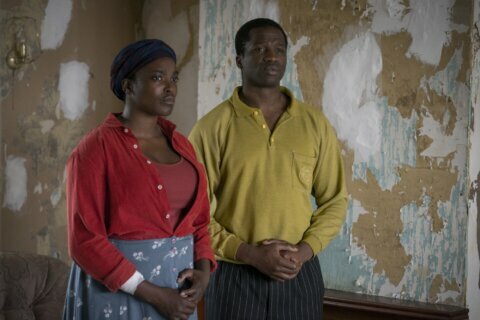 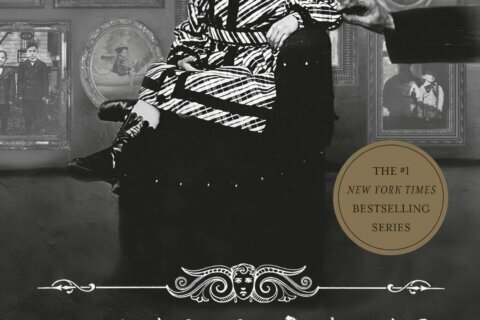