UPDATE: Feb. 16, 2021: Former operations director Kris Ross confirms that the Blues Alley building is up for sale. He holds out hope that the music venue could remain at the same historic address, but it all depends on who buys it, as well as the fallout from the pandemic.

America’s oldest continually-operating jazz supper club may soon have to close in D.C.

Blues Alley in Georgetown is crying for help due to the financial impact of the pandemic.

“We opened the doors in 1965 in July and we’ve never been closed for an extended period of time until now,” operations director Kris Ross told WTOP. “We’re just sitting in a tunnel with both ends dark with no light at either end. You can’t go back. You can’t plan ahead. You’re just stuck at the whim of this unseen killer of businesses and people.”

It’s a shame, he said, because Blues Alley was actually thriving prior to the virus.

“We were having one of our best years ever,” Ross said. “January was the highest ticket sales we’ve had I think ever. [It] was setting up to be just a phenomenal year, so we were rolling along. Then right at the end of February, that first week in March, all of a sudden ticket sales just stopped. … That final weekend of March 15 was our last run of shows.”

He began to reschedule, hoping things would return to normal after the summer.

“We were thinking, ‘In 60 days, maybe 90 days, we’ll be back at it,’ so we rescheduled what we could for the fall,” Ross said. “Then as this thing went along, our mayor has, say what you want, she’s saved lives, but she’s just kept the foot on the brakes. We’ve just been sitting in neutral with the rest of the world just waiting for something to happen.”

Today, he expects to be in limbo for at least another year.

“We’re now at the point where we’re just going to be chasing this thing around until there’s a vaccine,” Ross said. “I can’t see a sold out Blues Alley show or sold out 9:30 Club show until probably fall of next year, if we’re lucky, before the vaccine and confidence is back to where people feel safe to go into a room with 100% capacity.”

He said it’s impossible for Blues Alley to survive that long without financial assistance.

“No way,” Ross said. “I can’t imagine there is a small business right now that isn’t deemed ‘essential’ that isn’t teetering on bankruptcy or closure. It’s just impossible. Even the best of business plans can’t sustain without incoming revenue.”

While the club sits dormant, the bills keep piling up.

“Everybody’s got some kind of overhead, be it an equipment lease, contract with a cleaning company, lease or mortgage,” Ross said. “At some point, it just makes more sense to shut it down and wait to see what happens on the other side.”

A closure would mark the end of an era for the last vestige of the historic Georgetown music scene. Until now, Blues Alley has outlived The Bayou, Cellar Door, Crazy Horse, The Saloon, Showboat Lounge and Gypsy Sally’s, which closed on New Year’s Eve 2019.

“Georgetown was the spot,” Ross said. “There were probably 10, maybe 12 different live music venues. In fact, there was a picture that I saw of George Thorogood where he was playing at the Cellar Door and he actually walked out — while still playing — across the street to [Desperado’s]. … It was that close and there were so many places.”

Built in the 1800s, the old brick carriage house is located in an alley with a speak-easy vibe. It became a music club in 1965 with an intimate feel of audiences right by the stage. Even the dressing rooms are upstairs, so the artists have to walk through the crowd.

“Our whole claim to fame is the intimacy of the room,” Ross said. “We seat about 125 people. Literally there are people’s living rooms that are bigger than this place. It’s just a very special place [to] have the staff retention and the artist retention. We’ve had artists that have specifically turned down higher offers just because they like playing the club.”

“People have to tour, especially for somebody like us who relies on an artist picking up other venues along the way to actually be able to pay for their tour,” Ross said. “We are a small venue, so we’re not paying artists to stay at the Four Seasons with their entire band and paying for them to charter planes. … Artists are screwed, the venues are screwed.”

Beyond the artists and venues, it’s also hurting nearby restaurants and retailers.

“People coming to see an event at Blues Alley, they’re parking across the street at Colonial Parking,” Ross said. “Sometimes people’s favorite restaurant is Filomena next door to us or Moby Dick. … It just has a ripple effect. It’s a community thing.”

“The mayor has pushed the state of emergency to the end of September … which means that at least we can’t get put out, so there’s that, but the meter is still running,” Ross said. “Bless their hearts, the National Independent Venue Association was created to try to get some federal assistance, [but] what does that tide you over for? A month? Six months?”

In the big picture, he knows it’s going to take a much larger effort than just one city.

“[We need] a concerted effort of the entire globe taking one approach,” Ross said. “As soon as they open travel, no matter what country you are, there’s going to be an infection, somebody’s going to test positive for this virus and it’s so communicable.”

He admits mixed feelings pleading for help at a time when 159,000 Americans have died.

“As a proprietor of an independent venue, I’m sure we’d love the help, but as a person, I feel like shouldn’t we start at a granule level … and shouldn’t the people get the help?” Ross said. “It’s just kind of sad that we’re in this situation. We’re supposed to be the shining light beacon on a hill. … Right now, it’s just a hope and a prayer.”

What does his ideal hope and prayer look like?

“We get some angel investors like, ‘Here, we just want you to have the building, we’ll put the money in and fix it all up, Blues Alley is an institution,'” Ross said. “Even if somebody did come as an angel investor like, ‘Here is $10 million, man, just be here when we come back’ … [we’d still have to] sit here twiddling our thumbs until we get the green light.”

For now, Blues Alley is streaming concerts on Wednesday and Thursdays.

“Tell your friends to tune in, buy tickets, help us out, support the community, support live music, support live musicians working,” Ross said. “Just keep your fingers crossed, pray, do whatever you got to do to get this thing moving and hopefully we get a vaccine.”

Whatever happens, he remains hopeful that the name “Blues Alley” will live on.

“At some point, we expect to be back open, whether it’s still in the same hole in the wall literally down an alley in Georgetown or we do a move like the 9:30 Club and move on to a bigger and better [location],” Ross said. “There’s gonna be opportunity once this thing comes back around, but it’s just how long does it take and what to do in the meantime.” 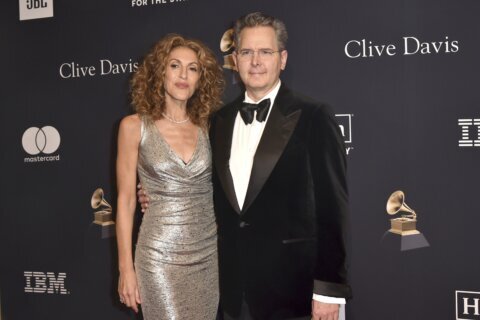 Cardi B pays homage to Kallman, Greenwald at pre-Grammy gala