This image released by Netflix shows Aaron Paul in a scene from "El Camino: A Breaking Bad Movie." The film, a continuation of the “Breaking Bad” series that concluded on AMC in 2013, premieres Friday on Netflix. (Ben Rothstein/Netflix via AP)

“Breaking Bad” will forever go down as one of the greatest TV shows ever made.

Now, after re-examining the past in the acclaimed TV prequel “Better Call Saul” (2015-present), Gilligan returns to examine the future in Netflix’s “El Camino,” a solid if unnecessary epilogue showing fans what happened to Pinkman after we last saw him drive away to freedom after being saved by Walt’s blaze of glory.

The story picks up right where we left off with Pinkman escaping from captivity in his Chevrolet El Camino (hence the title). On the lam from police, he hits up former pals to ditch his car, shave his beard and escape the drug life. But first, he must find some cash, evade the cops and make a break for a new life in Alaska.

Fans know that Pinkman’s character was originally supposed to be killed off at the end of the first season, but Paul had such strong chemistry with Cranston that the producers let him live through the “Felina” finale. That’s a testament to Paul’s endearing performance, an underdog f**k-up so lovable that you’re rooting for him to change, cringing at his drug relapses and cheering his sober victories.

Now, feeling like he’s stretched his acting chops elsewhere, Paul returns to his career role in “El Camino,” which is practically the same character he played before but with new layers. Physically, he now has scars on his face and welts on his back. Internally, he now suffers PTSD flashbacks from being kept in a cage. Even taking a routine shower reminds him of being sprayed with a firehose.

“He’s a different person,” Paul told The Associated Press. “He’s been tortured and forced to cook a drug that has completely destroyed his life and destroyed the lives around him. He lost the love of his life. … When we last saw him, he was screaming in sort of a relief and also agony. He’s laughing and crying all at once.”

More importantly, it also boasts the same look and feel as “Breaking Bad.” To recreate the same tone, Gilligan once again reunites with cinematographer Marshall Adams, editor Skip Macdonald and composer Dave Porter, who all worked with him both “Breaking Bad” and “Better Call Saul.” Together, they provide a brooding vibe with time-lapse clouds over New Mexico landscapes.

From a directing standpoint, Gilligan places his camera in physical spaces it normally wouldn’t be. Here, it watches from inside a kitchen cabinet, under the kitchen sink, inside a refrigerator, inside the bed of a truck, through a door peephole and on the floor as a carpet rolls toward the lens. At one point, the camera literally turns 90 degrees on its side so that Pinkman appears off-kilter.

The craziest shot of all is an extreme high angle looking down at a dollhouse-style cross-section of an apartment, as Jesse ravages it looking for a money stash, his frantic figure appearing in multiplicity amid time lapse. At times, Gilligan appears to be messing with us, subverting our expectations by cutting from a real-life car chase to a video game car chase. He’s having fun with us.

As for the script, Gilligan doesn’t try to shatter the prior franchise mythology with wild twists that undercut the canon, but rather plays the hits of what worked so well before. The narrative uses parallel action, intercutting the present timeline with extended flashbacks of Jesse’s past. If anything, we spend too much time in the past, watching random detours instead of the urgency of what happens next.

I suppose this is the point, considering the theme that the past is always with us. There’s no erasing it once you’ve crossed the threshold of taking human lives. You can run away and start over, but there’s no “making things right.” “That’s the one thing you can never do,” Mike tells Jesse at the outset.

Extrapolated further, Gilligan himself can’t escape his past, in danger of looking like a one-trick pony as he keeps going back to the same well with “Breaking Bad,” “Better Call Saul” and “El Camino.” They’re all expertly made, so maybe that’s not a bad thing. He’s decided to push all his chips in the world he created, just like George Lucas in the “Star Wars” realm he invented. Good for him.

Besides, it doesn’t matter how many times he revisits the material, the legacy of “Breaking Bad” will remain intact. Need proof? In 2015, props and costumes were enshrined at the Smithsonian National Museum of American History, where Paul palmed my camera to deliver his signature catchphrase (expletive warning): 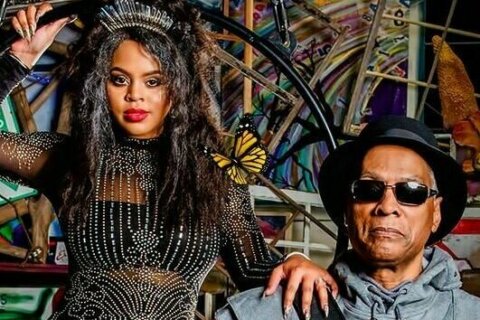