Writer/director James Gray is slowly becoming our reliable captain of epic journeys, holding the reins of throwback adventures into the great beyond.

“The Lost City of Z” was one of the most underrated movies of 2016, starring Charlie Hunnam and Robert Pattinson about British explorer Percy Fawcett, who disappeared in the Amazon while searching for a mythical city in the 1920s.

This weekend, he explores a different frontier, the final frontier of space in “Ad Astra,” a Latin phrase that means “to the stars” in a patient film that is well-directed from start to finish, even if the journey overshadows the destination.

Set in the near future, astronaut Roy McBride (Brad Pitt) launches a dangerous mission across the solar system to discover the truth about his missing father. H. Clifford McBride (Tommy Lee Jones) was a NASA legend as the first man to visit Jupiter and Saturn, but he disappeared 30 years ago in an expedition known as the Lima Project, creating power surges that now threaten the entire galaxy.

The ghost of Jones hangs over the entire film, stealing the show in recorded mission logs of his increasingly despondent demeanor and disheveled face. After playing the wise veteran in control of “The Fugitive” (1993), “Men in Black” (1997) and “No Country for Old Men” (2007), it’s fascinating to watch him lose his mind to his “Heart of Darkness” obsessions as he gets further into space, similar to Marlon Brando’s Col. Kurtz in Francis Ford Coppola’s “Apocalypse Now” (1979).

His legacy hangs over the rest of the supporting cast, from Donald Sutherland as his longtime colleague Col. Prewitt to Ruth Negga as the mysterious director of an underground SpaceCom base on Mars. His absent parenting also has a cyclical impact on Liv Tyler, who plays Roy’s estranged wife, appearing briefly on video screens with earthly echoes of her satellite chats in “Armageddon” (1998).

Carrying the weight of all this backstory is Pitt, who puts the star in “movie star.” While his role in Quentin Tarantino’s “Once Upon a Time in Hollywood” (2019) was brash, picking fights with Bruce Lee and confronting the Manson Family, “Ad Astra” is more understated with stoic eyes, steady hands and a heartbeat that never rises over 80 beats per minute. It’s a similar performance to Ryan Gosling in Damien Chazelle’s vastly underrated Neil Armstrong biopic “First Man” (2018).

Like that film, “Ad Astra” features an introspective tone, far more concerned with the internal than the external. As a result, don’t expect the broad popcorn entertainment of Ron Howard’s “Apollo 13” (1995) or the engrossing panic attack of Alfonso Cuarón’s “Gravity” (2013). Instead, Gray and co-writer Ethan Gross (“Fringe”) pen a slow-burn script laced with voice-over narration and recorded psychological evaluations to bring us inside the mind of the complex protagonist.

Similar to Christopher Nolan’s “Interstellar” (2014), the script focuses on its father-son dynamic, lending a universal relatability to an otherwise unknown universe. You’ll also notice nods to Andrei Tarkovsky’s “Solaris” (1972) in the protagonist’s trippy yearning for a lost loved one, and of course, the grand daddy of them all, Stanley Kubrick’s “2001: A Space Odyssey” (1968) in its stop-by-stop journey from the Moon to Mars to Neptune in mankind’s quest for colonization.

Breaking up the methodical pace are intermittent action sequences. The opening scene sends Pitt plummeting from a sky-scraping antenna, the Moon provides a virtually silent rover chase sequence, and a bio-research vessel provides jolts to snap you out of a false sense of security. At times, you’ll wonder why NASA would even allow Pitt to be put at such risk if he truly is mankind’s only hope.

Even if the script strains realism, Gray’s directing chops are a wonder to behold. In Act 1, Gray keeps Tyler out of focus behind Pitt to symbolize their strained marriage. In Act Two, the camera looks up through a transparent tablet as Pitt watches his father’s video, their faces symbolically overlapping. In Act Three, as Pitt loses consciousness, we see him in triple image like a 3D film sans glasses.

It’s all a stellar collaboration with cinematographer Hoyte Van Hoytema, who also shot “Interstellar” before earning an Oscar nomination for “Dunkirk” (2017). His resume also includes “Let the Right One In” (2008) and “Her” (2013), so we know we’re in good hands right from the opening lens flair shining across the black void. Throw in authentic visual effects and a synthesizer score by composer Max Richter (“The Leftovers”) and you get an impressive sensory experience.

In the end, the ultimate reveal might feel underwhelming for audiences who have hung in there for the journey. Your capacity for arthouse finales will determine your reaction, but at least the brief falling action provides a positive message: appreciate who you have instead of always looking outward. There may be alien life out there, but sometimes we have to appreciate the life right in front of us. 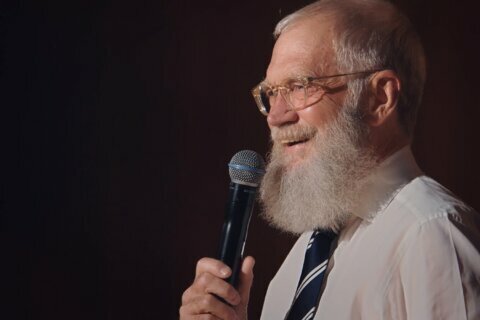 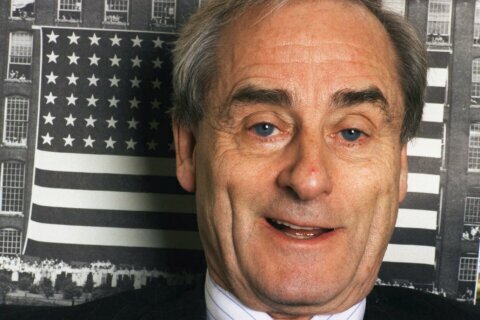 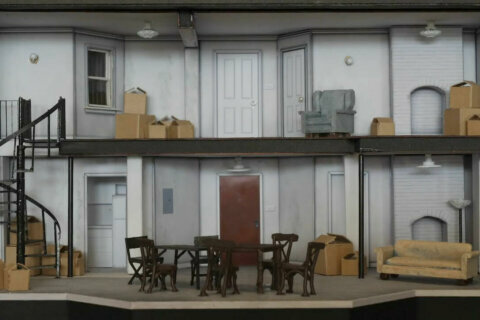