You’ve seen him in blockbusters from “There’s Something About Mary” to “Armageddon” and Best Picture winners from “Crash” to “Platoon.” He even voiced the original Black Panther decades before the cultural phenomenon.

This fall, three-time Emmy winner Keith David will be a busy man, starring in Season 4 of “Greenleaf” returning Sept. 4 on the OWN Network, then across Chadwick Boseman in the new action crime flick “21 Bridges” on Nov. 22.

In “Greenleaf,” he plays Bishop James Greenleaf, who runs a Memphis megachurch with his wife (Lynn Whitfield) and daughter (Merle Dandridge).

“We left Season 3 with Harmony and Hope trying to take over the church and us vying to get it back,” David said. “I used to want to be a preacher myself, so this was the fulfillment of a fantasy. I got to play a preacher in a family. It really is a family drama, the church just happens to be the family business. That was a great draw, then when I saw how good the writing was, how fleshed out and complex the characters were, I was very excited and happy to come aboard.”

Not only does he get to work with Oprah, it’s a thrill working across Whitfield.

“I’ve admired Lynn’s work for years, but we worked together only once in a reading and I had always relished an opportunity to work with her,” David said. “To get to work with her so closely, I discovered why she’s the great actress that she is. She’s very smart, and as the seasons unfolded, I got to see how smart and caring she is about the characters she plays. … She’s a joy to work with.”

After that, he stars in “21 Bridges” as the mentor to Boseman’s disgraced NYPD detective who is given a shot at redemption during a manhunt for a cop killer.

“We’ve seen stories about dirty cops and cops on the take … but when I read this, how it unfolds from the very beginning, you can really see this happening,” David said. “You can imagine seeing this on ’48 Hours’ or something like that. J.K. Simmons is also in it. I’ve always loved his work, and I think you’ll really enjoy how smart and dedicated Chadwick’s character is. You see a man in law enforcement with some integrity, which is a beautiful thing to see these days.”

He formed a particular bond with Boseman over both playing Black Panther.

“Twenty years ago, I voiced the Black Panther in an animated series,” David said. “We only did the one episode, hoping that it would turn into a regular series, but they weren’t ready for that at the time. So, 20 years later, here it comes and we get to see a movie about the Black Panther, who is a very exciting Marvel character. Chadwick just plays the fire out of it. He is a very exciting young actor.”

“We had two weeks to rehearse and live like a rifle platoon,” David said. “Capt. Dye said that at the end of those two weeks we were beginning to look and behave like a real rifle platoon. I discovered that being a strong link in a big chain could be a great experience. … There was a wonderful ensemble of men and I think the subsequent careers that everybody has enjoyed since was well earned.”

Not only could he do harrowing war flicks like “Platoon,” he also did sidesplitting comedies like the Farrelly Brothers’ “There’s Something About Mary” (1998). He played Cameron Diaz’s stepfather, cringing when Ben Stiller got his genitals caught in the zipper of his pants during a hilariously awkward prom date.

“[Laughing] all the time,” David said. “I would love to see the gag reel on that one. We had a fantastic time. A couple reaction shots [were improvised]. A lot of it was on the page, but we got to pad the payroll a little bit, which was great.”

“It was another great experience,” David said. “Once I read for the role, they hadn’t intended General Kimsey to be a black man. I reminded them that Gen. Colin Powell was a five-star general, so finally, after weeks of back and forth, I got the part, which was another wonderful opportunity for me. I was very, very glad to be there. That was another great cast.”

Lately, he’s perfected the craft of voice-over work, winning three Emmys for narrating the boxing documentary “Unforgivable Blackness: The Rise and Fall of Jack Johnson” (2004), the World War II documentary “The War” (2007) and the baseball documentary “Jackie Robinson” (2016) — all directed by Ken Burns.

“It was hard to break into, but I kept auditioning, and finally I kept getting requested and the rest is history,” David said. “It was a very exclusive white boys club when I came into it. There weren’t terribly many black actors doing voice-overs, just a small handful. You had Adolph Caesar, Percy Rodriguez, who was a wonderful voice actor and actor. … He was the first black man to have a series regular back in the ’60s in ‘Peyton Place,’ but his voice was incredible.”

In November, David will take the stage as Nat King Cole in “Let There Be Love.”

“It’s going to be at the Queens Performing Arts Center and I’ll be singing the music of Nat King Cole, which is something I love to do,” David said.

Hear our full conversation with Keith David below: 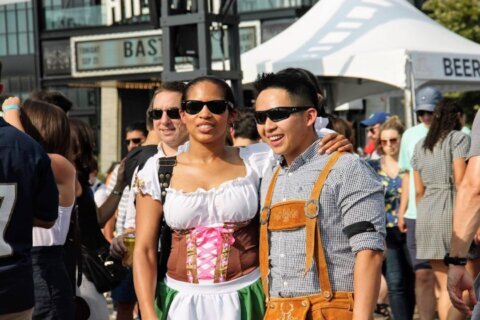 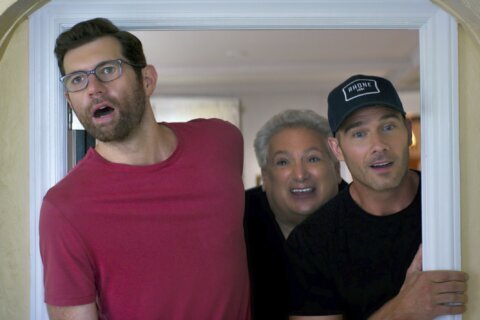 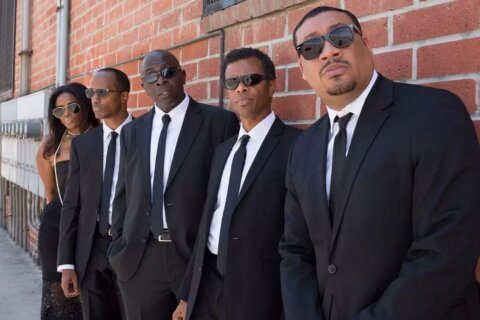