It’s become an important voice for inclusion and diversity in the nation’s capital.

“We have definitely grown,” founder and festival director Kevin Sampson told WTOP. “The Miracle Theatre on Barracks Row has been our home. We love those guys. Now, in addition, we have expanded to the Mayflower Hotel, which is right in Northwest D.C. — a hop, skip and a jump from Farragut West Metro.”

The festival has grown from 125 submissions the first year ,to 250 this year, which are whittled down to 59 selections to screen. The only stipulation is that one above-the-line creator (writer, director, producer, star) must be of African descent.

“One of the goals for me, personally, in founding the D.C. Black Film Festival was not to make it an exclusive thing,” Sampson said. “Our only stipulation is that one or more of the above-the-line crew is of African descent. What this allows for is inclusivity, because it’s not that hard to make sure that one of your decision-makers is of African descent, so we’re able to see a wide variety of filmmakers.”

Here’s a rundown of this year’s slate of movies:

Thursday kicks off at 5 p.m. at the Miracle Theatre with the feature film “Solace,” starring Hope Olaide Wilson, Chelsea Tavares and Lynn Whitfield.

“It follows a 17-year-old girl who goes to live with her estranged family after the death of her father,” Sampson said. “She develops this friendship with the neighbors next door. It’s really a coming-of-age story as she deals with some eating disorders and all that. It’s a really good film and one where you’ll definitely recognize some of the stars.”

It’s followed by the “Making Black Lives Matter Through Film” series and panel.

“In the past, I’ve brought in experts to talk about it, but this year I decided let’s just let the filmmakers talk about it,” Sampson said.

“We have a diverse group of films that show black life, then we’ll have a Q&A with all of the filmmakers. What we want to talk about is how we can make black lives matter but through film, using film as the medium in which we’re able to tell a story and help people to see the universal lives that we all live through the magnificent art of cinema.”

Day Two kicks off at the Miracle Theatre with the film block “The Connection.”

“The Connection showcases our connection to our history in Africa and the disconnect that exists as well, because African Americans sometimes have a disconnect with African people,” Sampson said.

“There’s documentaries that explore how that disconnect exists, and at the same time, looking at the connection that exists. I really appreciate that block. It’s always kind of the educational block, but I think people will be inspired by what they see.”

It continues with the next film block, hilariously titled, “Wait…What?”

“The first film is called ‘Dog Person,'” Sampson said. “As soon as I saw [the title] ‘Dog Person’ I was like, okay, I know what block that film is going in: ‘Wait…What?’

A young woman is trying to earn money for her family as a dog sitter. She goes over to this house and the dog is really a person that is acting like a dog. You’re automatically going to think, ‘I’m gonna get out of here,’ but she stays. … I didn’t want to turn it off. I was compelled to watch to see where it went.”

The next block, “Smiles & Tears,” will take you through a range of emotions.

“This block showcases films that will either make you laugh or cry,” Sampson said.

“Jai Jamison has a new short film ‘Slave Cry’ that is a funny look at going in for an audition as a young black actress and some of the roles that are afforded to you. It’s a really funny short. Also, there’s a documentary called ‘Angels in our Hood.’ … The filmmaker went to the streets of Chicago and interviewed parents who have lost their children to gun violence. It is absolutely heart wrenching.”

The night closes with the film block “Never Back Down” at the Mayflower Hotel.

“We’re going to be screening films from activists who don’t understand the word ‘quit,'” Sampson said. “We have a short documentary, ‘Respect Our Black Dollars,’ and the feature documentary ‘While I Breathe, I Hope,’ which follows [former South Carolina Congressman] Bakari Sellers … who will join us for a Skype Q&A afterwards. … It captures what he was doing during the Charleston shooting.”

“This is from filmmaker Jodi Gomes,” Sampson said.

“Jodi was working on a miniseries with the Jackson family around the time that Michael Jackson died. As you know, his killer only received three years [in prison]. Shortly after, the Atlanta cheating scandal happened and these teachers were getting up to 30-year sentences. She felt there was a huge disconnect that she wanted to explore.”

“I’m really excited for ‘East of the River’ by Hannah Peterson. I saw it at Tribeca. It was filmed in Anacostia and used local high school students. They just did a phenomenal job at a slice-of-life, day in the life of these high school students. We also have ‘Four Points’ from Cadell Cook [about] four strangers who come into a home when the new president is really tech-heavy and they have to agree on this new legislation.”

“It’s a variety of different films that highlight the humanity behind the community,” Sampson said.

“I really wanted to look at: do we support the marginalized? A lot of times, as the black community, we get up in arms when unarmed black men are killed by the police, but do we do the same thing when a trans-black woman is killed? I wanted to analyze that in a safe space where we can all respect one another and have a conversation we don’t always have publicly.”

“If you purchase one ticket, you can get one child 17 or under in for free,” Sampson said. “‘Emmett’ stars Miles Brown, who a lot of people know from ‘Blackish.’ It’s a really cool film, it’s really funny and it’s great for the kids, so we’re hoping to see a lot of families come out for that.”

“It looks at the divide between those who have had housing and owned real estate for a long time within their family and those that don’t,” Sampson said. “Specifically, this is looking at Baltimore and how the housing policy and crisis is really blatant there. You can really tell that schism.”

Simultaneously, you can see the feature film “Una Great Movie.”

“We’re going to have director Jennifer Sharp for a panel alongside Danielle Vega, who a lot of people will recognize from [Hulu’s] “East Los High,” and film critic Sandie Chen. … It’s a movie within a movie. It’s a woman trying to make … a diverse movie about a black woman who goes to Mexico, then the film slowly turns into a romantic comedy with an all-white cast.”

It all builds to the beloved film block called “Black Love.”

“I really enjoy seeing black love on the big screen,” Sampson said. “That doesn’t just mean romantic relationships. There’s a film we have, ‘The Bee.’ A little girl is going into a spelling contest and her mom is really working with her for the spelling bee, so we get to see this loving relationship between a mother and daughter. … A comical thing winds up happening, but it’s a beautiful story.”

The festival closes with an award ceremony and closing-night festivities.

“When we’re able to see each other’s stories on the big screen, we’re able to come together a little more as human beings,” Sampson said.

Hear our full conversation with Kevin Sampson below: 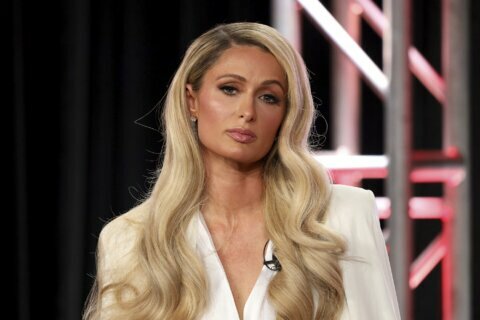