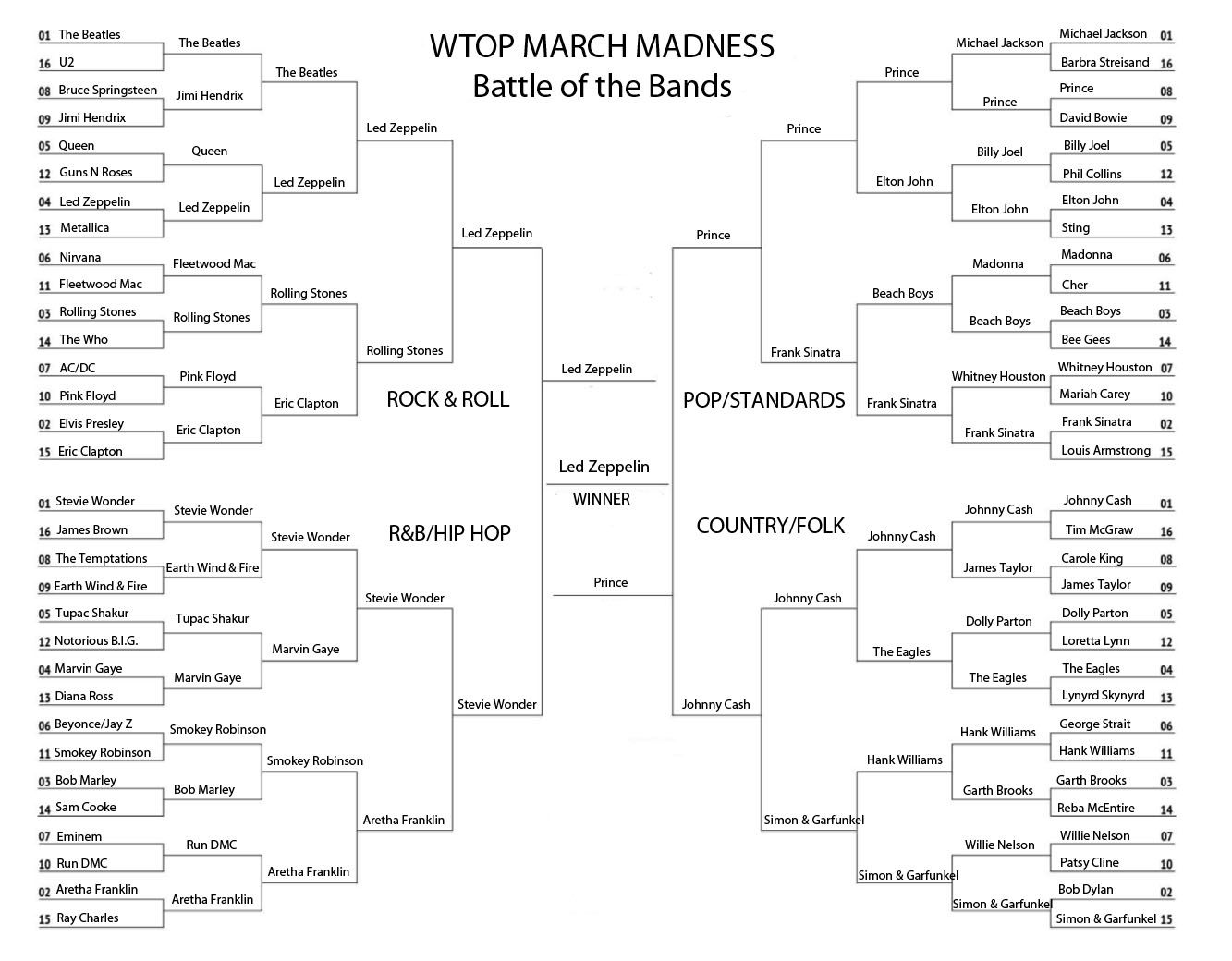 You’ve voted all week in our March Madness “Battle of the Bands” entertainment bracket.

And we finally have a winner as Led Zeppelin defeated Prince in the championship round.

In the end, Zeppelin was too strong after eliminating Metallica, Queen, The Beatles and The Rolling Stones throughout the rock bracket quadrant to emerge the ultimate champion.

See the vote totals of the previous rounds below:

Thanks for voting! Tweet @JFrayWTOP with entertainment bracket ideas for next year.