“We’re not going to leave the purists without the things they want,” actor Alex Brightman told WTOP. “The really good 5 percent from the movie that you hope is in there, it’s in there. Trust me. But there’s a 95 percent other thing we’ve made that we also think you’re going to love.”

Adapted by Anthony King and Scott Brown, the story follows death-obsessed teen Lydia Deetz (Sophia Anne Caruso), whose home is haunted by a deceased couple, the Maitlands (Kerry Butler and Rob McClure), and the degenerate demon Beetlejuice (Alex Brightman), who agrees to scare off her insufferable parents (Adam Dannheisser and Leslie Kritzer).

“The big shift we made right away was to make Lydia the main character,” King said. “In the movie, the Maitlands, the Alec Baldwin and Geena Davis characters, are the main characters. … Beetlejuice is in the movie 12-14 minutes. … It left an awful lot of interesting energy under the surface that we could bring out and really engage the subject of death, loss and grief.”

The expansion of Lydia’s character is a delight for actress Caruso (“The Sound of Music: Live”).

“Lydia, in my opinion in the movie, wasn’t a very developed character,” Caruso said. “She was kind of just an iconic look. … But there’s a real emotional arc and story for her (in the musical), so even that makes it so much different from the movie. I’m already starting with something that’s completely different. And just me as an actor, I’m not Winona Ryder, I’m Sophia and this is my interpretation of the role, so obviously it’s going to be very different.”

Similarly, Brightman aims to make Beetlejuice his own.

“Michael Keaton is Michael Keaton, I am me,” Brightman said. “I did this with Jack Black in ‘School of Rock.’ There’s no way for me to do a good impression of him, so why try? Same thing here, especially given so much carte blanche to be a cartoon character, there isn’t a way to go too far with this one. … It’s a completely different thing that we’re doing here.”

“It’s ridiculously fun,” Brightman said. “It’s like every dream I could have wrapped up into one. There isn’t a ‘too far’ because he’s a demon. If there was a human saying some of the stuff he’s saying, we’d have to take a pause. … But he is millennia old, so he has no boundaries. There never were any, so he doesn’t know when he’s crossing the line.”

This devil-may-care attitude is also freeing for the writers.

“We like him because he is impolite about things that are generally solemn things like death,” Brown said. “He has no idea what the consequences of death are, because he has been dead all of his life. He’s never been alive in our version, so there’s an antigravity to him. He doesn’t get what life is like for living people, why they waste it on minutia. … It’s a great pushback against all of the ceremonies and weight that we put on death as living people.”

This macabre aesthetic is by presented by two-time Tony-winning director Alex Timbers.

“We said, ‘Can we create a kind of haunted house show [and] see it transform on stage over the course of the evening?'” Timbers said. “It starts out with a country farm house with the Maitlands and by the time Beetlejuice takes it over it becomes a demon hell nightmarescape. … We have some puppetry, we have illusions, we have special effects. Those all contribute to the magic of taking us into the Netherworld [and] introducing us to a sand worm.”

These visuals are paired with a brand-new songbook by composer Eddie Perfect.

“Every character is so well crafted and larger than life that they seem to have their own groove and their own tempo,” Perfect said. “Everybody remembers that scene of Beetlejuice grooving his way to the brothel, and Lydia is that dark angst, which feels so perfect for teenage angsty bedroom rock. … It’s a world where literally anything can happen, which is so exciting for music and a real challenge for music to be able to take it to any place you want.”

In fact, Beetlejuice sings across 10 genres of music in the first song alone.

“It starts with a requiem classical funeral march, goes into ska, goes into light rock, folk, death metal, big band, swing jazz, stepping cheerleading music, Jamaican dance hall, back to rock, and then a fusion of all of those — so like 10 [genres] in the opening number,” Perfect said.

That number is called “That Whole Being Dead Thing,” matched by Lydia’s song “Invisible.”

“It’s a bit of a risk because it’s suddenly this very quiet number from this little girl,” Perfect said. “I basically got a chance to write my wife’s childhood into the character. … My wife had a difficult family situation growing up and had this experience of being invisible, seeing most of the world as being phony and she walked around with that angst for a really long time.”

“Eddie’s score is so eclectic that it’s not like I came in with one style of dance or one vocabulary; I had to start fresh on every single number,” Gallagher said. “A lot of that was bringing in dancers with eclectic dance backgrounds. … Stylistically, we’re all over the map: there’s hip-hop, traditional theater jazz, modern dance. It draws on my entire background.”

Why choose D.C. as the testing ground for such an ambitious work? Well, National Theatre has a great track record of world premieres, from “West Side Story” to “Mean Girls.”

“D.C. has become a town that is open to new shows,” King said. “That’s exciting for us creators to leave New York and go to another town that’s not the typical Broadway.”

What do they hope D.C. audiences will take away?

“We hope you leave the show having laughed a lot, but also have a little blip of thinking about your own life and where you focus your energy,” King said. “The message of the show is that life is about the way we connect to other people. Hopefully people leave thinking about that.”

Find out more on the theater website. Listen to all of the various conversations below: 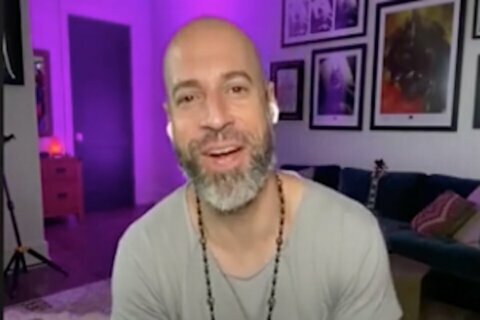 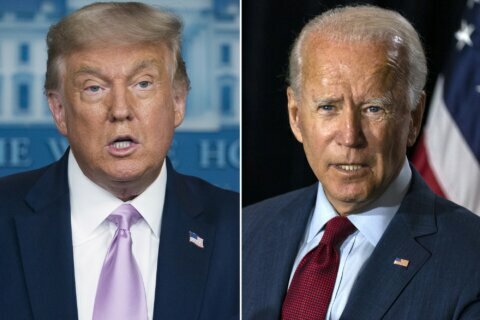