The original 1968 Mustang from the action flick "Bullitt" (1968) with Steve McQueen is on display on the National Mall through Sunday as part of a weeklong event, sponsored by the Historic Vehicle Association. See photos.
Listen now to WTOP News WTOP.com | Alexa | Google Home | WTOP App | 103.5 FM
(1/7) 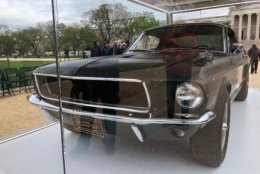 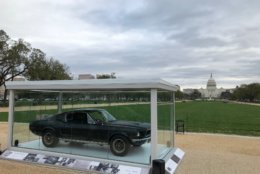 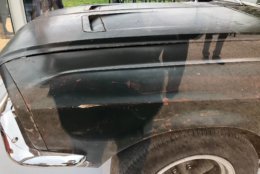 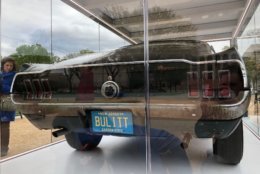 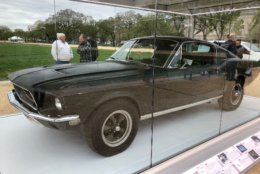 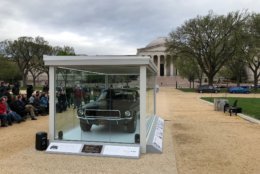 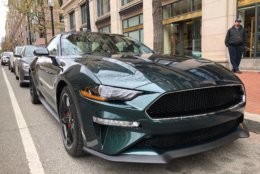 WASHINGTON — Steve McQueen drove it in one of Hollywood’s greatest chase sequences.

This week, the original 1968 Mustang from the action flick “Bullitt” (1968) is on display on the National Mall marking National Mustang Day on Tuesday and staying on display through Sunday as part of a weeklong event, sponsored by the Historic Vehicle Association.

The car was selected to be part of this year’s Cars at the Capital lineup from the Historic Vehicle Association. The Bullitt Mustang is one of only a handful of vehicles to be placed on the National Historic Vehicle Register and recognized as historically significant in the Library of Congress.

“The Mustang is one of the important cars of all time, and this is the most famous Mustang,” said Historic Vehicle Association President Mark Gessler.

The chase sequence the car was used in, involving tire-squealing slides and airborne jumps on the hilly streets of San Francisco, was groundbreaking. “All the chase scenes that you’ve ever seen in a movie after that — are all based on that,” Gessler said. 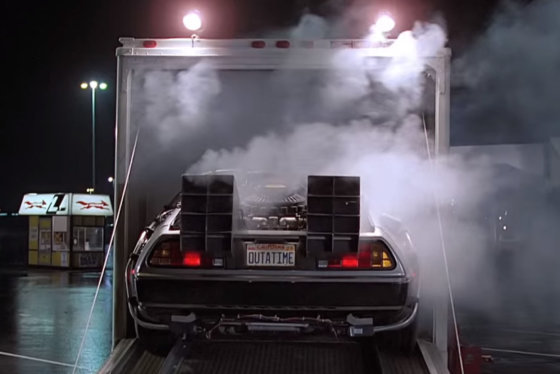 As the iconic “Bullitt” Mustang appears this week on the National Mall, WTOP looks back at some of the most memorable movie and TV cars.

Two identical 1968 Mustang GT fastbacks were used in the movie, but after filming, the cars went their separate ways.

The “hero vehicle” driven by McQueen was sold by Warner Bros. to a private buyer, while the stunt car — used in many of the jumps during the famous chase scene — was sent to a salvage yard.

That jumper vehicle resurfaced in Baja, California, in early 2017, but the other was thought to be lost to history.

Turns out, Sean Kiernan inherited the car in 2014 from his late father, Robert, who had purchased it in 1974. But it wasn’t until this past January at the North American International Auto Show that the “Bullitt” hero vehicle was finally shown to the world again by the Kiernan family.

Based on Robert Fish’s novel, the film follows a San Francisco cop (McQueen) determined to catch the underworld kingpin that killed the witness in his protection. Director Peter Yates went on to direct such Oscar-nominated classics as “Breaking Away” (1979) and “The Dresser” (1983).

The 1968 film won an Oscar for best editing.

With the original Bullitt Mustang in town, Ford brought in its 2019 Mustang Bullitt, a commemorative edition model based on the movie car. Like the original, many features are blacked out, Mustang emblems are removed, and it’s painted Highland Green.

The Cars at the Capital display has also brought the Ferrari from “Ferris Bueller’s Day Off,” among other cars, to the National Mall this month. Gessler called the glass-walled display between the National Air and Space Museum and the National Gallery of Art “the world’s smallest car museum.” 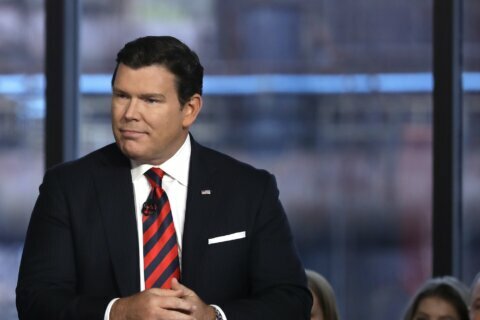 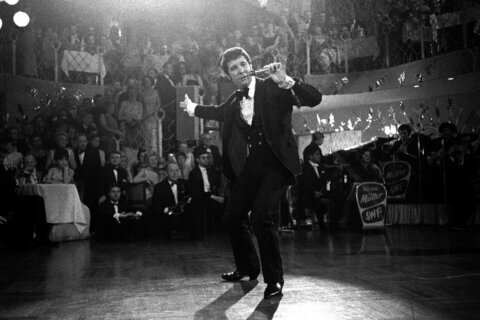