WASHINGTON — There’s nothing quite like live music in an intimate setting, especially when it’s a Grammy-winning artist performing in front of the very lawmakers they hope to convince.

On Wednesday night, the Recording Academy held its annual Grammys on the Hill event at Hamilton Live, celebrating 20 years of advocating for music rights in the nation’s capital.

“Thanks for having us tonight. It’s a great honor,” Fairchild told the crowd, to which Schlapman added, “The word ‘speech’ gives me anxiety, so I had some wine! Thank you to the Recording Academy, oh my goodness. … Even as little kids, we lived for the Grammy Awards. We had childhood dreams of being a part of it and now we have your awards on our shelves!”

Despite a flight delay that separated the band from their luggage, Little Big Town still rocked the house, performing their hits “Bring it On Home,” “Sober” and “Better Man” before inviting lawmakers on stage to dance along to their breakthrough hit “Boondocks” as a grand finale.

While Wednesday night was the party, Thursday morning is when the artists will go to work, as more than 100 Grammy winners will take to Capitol Hill to lobby for music rights.

“I don’t envy you for the weight of the world on your shoulders in representing all of us, but tomorrow is an easy thing,” Fairchild said. “It’s easy to take care of the people who have given you the anthems of your life. What would your life be like without a song to walk your daughter down the aisle? The first dance song? The song that laid your father to rest?”

Their allies in that fight are Rep. Judy Chu (D-Calif.) and Rep. Doug Collins (R-Ga.), who were both on hand to champion their bipartisan bill. The Music Modernization Act was introduced last December and is gradually making its way through the House of Representatives.

“Everyone loves music,” Chu said. “Music doesn’t have a political party. … I was so excited to see the groundbreaking Music Modernization Act pass the House Judiciary Committee. … We all must make sure that it passes the House, passes the Senate and gets signed into law.”

Chu described how the songwriter of “All About That Bass” only made $964 off the song despite it playing in heavy rotation on the radio and streaming. She also told the story of Darlene Love, who’s not eligible for royalties online because her songs predate 1972.

“We have been working tirelessly,” Collins added. “We started years ago with the Songwriter Equity Act. … We’ve spent literally almost a thousand hours in our office just over the past year, bringing together diverse members of the music community. … But when you see 50 groups, 2,500 songwriters and other artists come together to support a bill, it’s amazing.”

The concert kicked off with a dobro rendition of the “Star Spangled Banner” by Jerry Douglas, who played guitar on the original recording of Little Big Town’s “Boondocks” back in 2005.

“Music is the best way we have to unite the world, Ender said. “It has to be compensated.”

In the spirit of the night, the most poignant moment came when Little Big Town turned the stage over to their “Girl Crush” songwriters Lori McKenna, Hillary Lindsey and Liz Rose.

“Those are the people that you’re protecting, the collaborators,” Fairchild said.

And with that: you get a line, I’ll get a pole, we’ll go fishin’ in the crawfish hole. 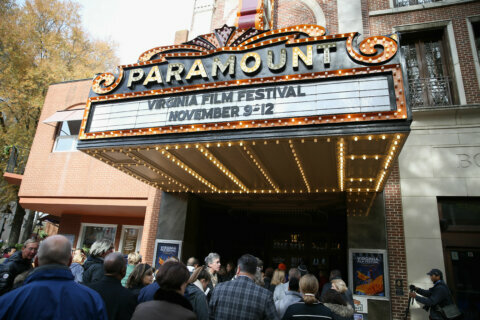