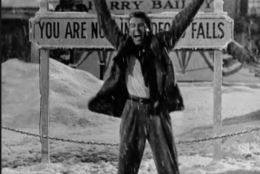 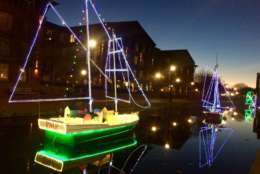 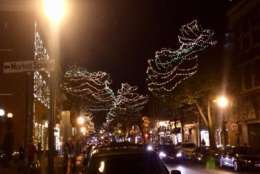 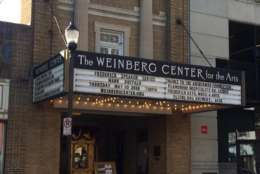 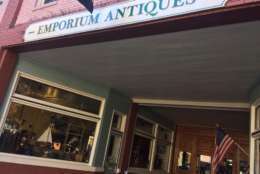 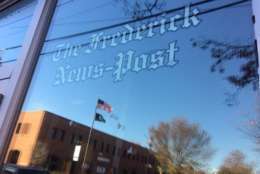 FREDERICK, Md. — Frank Capra’s “It’s a Wonderful Life” (1946) has become a holiday classic, starring Jimmy Stewart and Donna Reed in an inspirational tale of magical realism, where a small-town man is given the gift of seeing all of the lives he’s touched throughout his life.

This weekend, Downtown Frederick transforms into Bedford Falls with a free screening of “It’s a Wonderful Life” at the Weinberg Center at 7 p.m. Friday, followed by the first-ever “It’s a Wonderful Walk,” shouting holiday cheer at local businesses on Patrick and Market streets.

The idea was sparked while visiting my hometown over Thanksgiving weekend. During “Small Business Saturday,” I posted some Facebook photos comparing Downtown Frederick to Bedford Falls, saying that I’ve always wanted to shout down the street like George Bailey.

It was mostly meant as a holiday-themed joke, but the excited responses began pouring in: 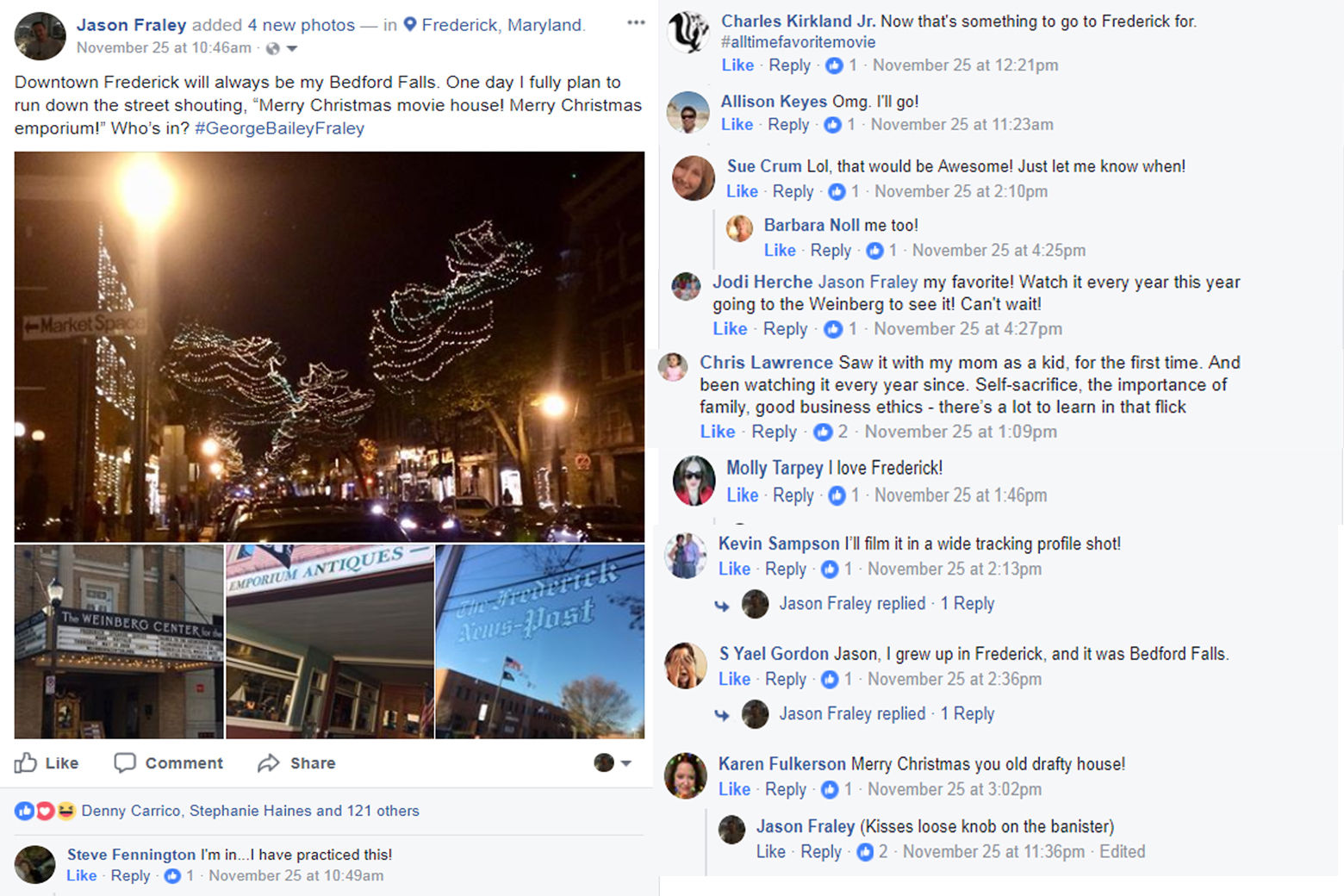 A light bulb went off. What if we actually do it? It’s just crazy enough that it might catch on.

So, I called up the Weinberg Center, which was already planning a free screening of the movie.

“It’s a great story, heartwarming at the end,” Weinberg executive director John Healey said. “You get to see what impact an individual can have on a community as a whole. All of us who are just toiling through our lives, thinking we’re not doing anything, achieving anything, having any kind of impact, it’s a great reminder that, yes, there are a great many things that would change if we were not a part of this life. … It’s just a wonderful way to touch the human soul.”

It will be extra nostalgic watching such a classic film in such a historic theater. Originally called the Tivoli Theatre, the venue opened during the Roaring Twenties on Dec. 23, 1926. Sadly, it endured massive flooding in 1976, but reopened in 1978 as the Weinberg Center for the Arts.

“We are the last theater in Maryland to have a working Wurlitzer organ in its original location,” Healey said. “The theater operated as a movie palace until the early ’70s, when the advent of all the mall cinemas stole the business away from downtown. So, the Weinberg family turned it over to the city of Frederick — as long as it could be used as a performing arts center.”

After the Weinberg Center agreed to help, I next reached out to the Downtown Frederick Partnership (DFP), a non-profit founded in 1990 to preserve, promote and revitalize the area.

“There are more than 35 restaurants in walking distance of the Weinberg Center,” Healey added. “During the holidays, the city opens up the parking lots, so it’s free parking. … You can do your Christmas shopping, get some great food to eat. It’s the home of Volt restaurant … and many other fine cuisines. You’ve got the canal you can walk, the rebuilt Carroll Creek.”

In this picturesque setting, moviegoers will exit the Weinberg Center and gather across the street before making their way through the streets of Frederick for “It’s a Wonderful Walk.”

“We’re going to have everybody gather right across from the Weinberg,” Dickerson said. “There’s an open parking lot right across the road from the theater, so it’ll be a good place to gather and get our wits about us before we start our trek. From there, we’ll head east down Patrick Street for half a block, turn left and go north up Market Street for a couple of blocks.”

In the interfaith spirit of the film’s sponsor, the Religious Coalition for Emergency Human Needs, feel free to shout “Merry Christmas,” “Happy Hanukkah,” “Happy Holidays,” or whatever good wishes you like. It’s designed as an inclusive event to bring folks together.

“In these times, whenever we can have a feel-good moment, we ought to grab it,” Healey said.

The walk will culminate at Bushwaller’s pub for food, drinks, music, mingling and maybe, just maybe, a community sing-a-long to “Auld Lang Syne” — just like the inspirational final scene.

“They have a band on Fridays, so it’ll be a lively time,” Dickerson said. “The more the merrier. If we all get there and start singing carols, maybe we can get the whole restaurant behind us.”

The entire event is informal, so come dressed casually or wear your best holiday attire.

“Everybody bring jingle bells, wear your craziest, tackiest Christmas sweater, whatever loud, obnoxious outfit you want to wear, and just have fun with it,” Dickerson said. “I’m very excited to have this fun, little moment to just relax. … It’s really people just showing up to have a good time, have fun with each other, and let downtown know how much you love it.”

It’s a love note to a city that was once a best-kept secret but is now a hot-spot destination.

“It’s a huge destination,” Dickerson said. “What really blows people away is just how many independently-owned stores there are. In the last couple years, we’ve had several distilleries and breweries pop up, so it’s become a huge tourist destination. … It’s pretty well-positioned, an hour from D.C. and Baltimore, so it’s a great weekend trip. Always something going on.”

While it’s grown into a popular destination, Frederick maintains its small-town charm.

“The [city] has done a great job of maintaining the original, historic look downtown,” Healey said. “It’s a gorgeous city that suffered hard times. Known as a bedroom community for Baltimore and Washington for years, it’s really established itself as an entertainment city, a great place to visit and live. It’s held its own the last 12-15 years. … It’s a wonderful little town.”

Click here for film details and here for walk details. Hear our chats with Dickerson & Healey below: