Belle ‘is our guest’ as Disney opens vault for ‘Beauty & Beast’

WASHINGTON — It’s arguably the greatest Disney movie ever made, not to mention one of the best movie musicals, regardless of live action or animation.

Now, Disney is opening the vault for a 25th anniversary Blu Ray of “Beauty and the Beast,” the 1991 animated classic that won the Golden Globe for Best Picture and two Oscars for Best Score and Song.

The tale is as old as time, or at least as old at 1740, when the fairy tale was first published French novelist Gabrielle-Suzanne Barbot de Villeneuve. The Disney rendition similarly follows Belle (Paige O’Hara), who takes the fall for her inventor father (Rex Everhart) to become imprisoned in a magical castle run by a Beast (Robby Benson). Gradually, she wins his heart with help from his staff of talking household objects: candlestick Lumiere (Jerry Orbach), clock Cogsworth (David Ogden Stiers) and teapot Mrs. Potts (Angela Lansbury), while dodging the brutish advances of Gaston (Richard White).

“Get the Blu Ray!” O’Hara told WTOP. “You’re gonna love all the bonus features, I promise.”

It’s not every day you get a guarantee from a so-called “Disney Princess,” but then again, Belle is no ordinary princess. In fact, she’s not even a princess at all. She’s a simple commoner who likes to read.

“You have no idea how many little girls come up and say, ‘Finally! One that loves to read! … Now I don’t feel like a geek anymore,'” O’Hara said. “The fact that she has brown hair and brown eyes was a big deal to a lot of girls. ‘Finally, a Disney heroine that looks like me!’ She was definitely a revelation, Belle, and since then, Mulan and several of the other Disney princesses followed to be more modern.”

Belle doesn’t wait for a Prince Charming to save her; she thumbs her nose at the cocky Gaston.

“She’s changed the way that people look at it, because she was not looking for a prince,” O’Hara said. “Actually, when we were doing the film with Gaston, some of the scenes they let me ad-lib. I let him have it a few times! … But Richard White’s an old friend of mine, so it was fun to pick on him.”

Unlike most animated voice work, she actually got to record in the same booth with her co-stars.

“This was not the norm,” O’Hara said. “I recorded with Richard White (Gaston) and Robby Benson (Beast) in the same room. They let us do that! It was much harder for [Disney] and much more expensive, but I think ultimately the relationships came across a lot better in the film because of it.”

Aside from the lead roles, the late Jerry Orbach steals the show as talking candlestick Lumiere.

“You don’t get greater than Jerry, God rest his soul,” O’Hara said. “He was a star as a teenager on Broadway and all through his career. People knew him from ‘Law & Order’ because he was great on that show. [‘Be Our Guest’] is a true Broadway song with a great Broadway singer performing it.”

“David Ogden Stiers, are you kidding?! He’s the funniest guy!” O’Hara said. “He ad-libbed so many lines that ended up in the movie: ‘Flowers, chocolates, promises you don’t intend to keep!'”

Still, no cast member left O’Hara awe-struck like Angela Lansbury, who at age 90 took the stage Sunday at New York’s Lincoln Center to sing “Beauty and the Beast” for the 25th anniversary.

“I’m a die-hard fan,” O’Hara said. “I saw her six times in ‘Gypsy.’ As a teenager, I would sneak into the theater at intermission and watch the second half because I was so broke starting in New York.”

Back in 1991, the then-66-year-old Lansbury gave the cast goosebumps belting the title song.

“When she came in to record ‘Beauty & The Beast’ the song, she’d flown all night long, had no sleep, and they said, ‘We can cancel it and do it another day,’ and she said, ‘No, no,'” O’Hara said. “She comes in after all night traveling and nails it in one take. People are crying. It was so beautiful what she did.”

Fittingly, it was Lansbury who introduced O’Hara at the Oscars, where the film was nominated for Best Picture. The feat is all the more amazing considering it was back when the field was only five nominees — now near impossible to repeat after the 2001 invention of a Best Animation Oscar.

“In that category, it’ll be there one-of-a-kind forever,” O’Hara said. “But it did win the Golden Globe for Best Picture. Then the other ‘family film’ won the Oscar: ‘The Silence of the Lambs.'”

How does her Beast compare to Jodie Foster’s beast, Hannibal Lecter (Anthony Hopkins)?

“His Hannibal beast is pretty frightening,” O’Hara said. “But my beast is much more lovable.”

I don’t think “Be Our Guest” included the fava beans and nice Chianti. Maybe the gray stuff?

“Try the gray stuff! I still don’t know what that is, the gray stuff,” O’Hara said with a shrug. “After all these years, I keep getting different answers. What do you think it is? What’s gray and delicious?”

The fact that fans can still riff on such lyrics is a testament to Alan Menken (music) and Howard Ashman (lyrics), who were brought into Disney to save the animation department from extinction after a rough stretch threatened bankruptcy in the 1980s. Together, the duo penned Oscar-winning hits for “The Little Mermaid” (1989) with “Part of Your World,” “Under the Sea” and “Kiss the Girl.”

“Beauty and the Beast” was their much-anticipated follow-up, creating an unforgettable soundtrack with Oscar nods for three different songs: “Belle,” “Be Our Guest” and “Beauty and the Beast,” which was also recorded as a successful pop duet by Celine Dion and Peabo Bryson.

The title song won the Oscar for Best Original Song, shared by Ashman, who received the award posthumously after dying from AIDS, and Menken, who went on to win even more Oscars for writing “A Whole New World” in “Aladdin” (1992) and “Colors of the Wind” in “Pocahontas” (1995).

Not since 1946 had this tale received such acclaim, back when Jean Cocteau’s live-action French masterpiece “La Belle et la Bête” (1946) was nominated for the Grand Prize at Cannes. While the inventive camerawork and visual effects turned Belle’s teardrops into diamonds before our eyes, the story ended with Gaston becoming the new Beast trapped in the castle until he can learn his lesson.

“It was really strange,” O’Hara said fondly of Cocteau’s version. “That was part of the reason it took so long to get this made. They were trying to come up with ideas other than just going to dinner every night, so Walt kept passing on it. But I think Walt Disney is looking down and smiling on this one.”

It truly is the Disney movie that’s most like a musical, inspiring a hit Broadway run from 1994-2007, followed by U.S. national tours to this day. Rather than random musical numbers breaking up the spoken scenes, the lyrics actually describe the action itself, particularly in the opening number “Belle” as O’Hara’s heroine walks through town singing, “There goes the baker with his tray like always.”

“When they first wrote it, it was seven minutes!” O’Hara said. “Howard Ashman said to Alan Menken, we cannot submit this for Disney. They’re not gonna take this, it’s seven minutes! Alan talked him into it, and they loved it. But it is like an old-fashioned musical. They wrote the film that way. That’s why they looked for Broadway actors to play all the leads. We all ended up being Broadway actors.”

In case you forgot, O’Hara was an accomplished Broadway star before she joined up with Disney. She played Ellie May Chipley in “Showboat” across Donald O’Connor in 1982; Ado Annie in “Oklahoma;” Fantine in “Les Miserables;” and the title role in “Mystery of Edwin Drood,” not to mention “South Pacific” in Australia and Carnegie Hall revivals of Jerome Kern’s “Oh, Boy!” and “Oh, Lady! Lady!!”

“Jerome Kern, man! Doesn’t get any better than that,” O’Hara said with an extra twinkle. “When we did those in Carnegie Hall, there were no mics. Just fill the hall. Fill it.”

She returned to the stage after “Beauty and the Beast,” performing “Menopause the Musical” for nine years before returning home to Belle — this time creating oil paintings as a fine artist for Disney.

“They hired me as an artist,” O’Hara said. “So now I’ve gone from doing the voice to painting her.”

In fact, painting was a passion for O’Hara at a young age, growing up in Fort Lauderdale, Florida.

“I was 3 years old when I started painting,” O’Hara said. “My stepfather was an architect, so he kind of encouraged it. Then I realized when I was taking acting class … my teacher was kind of rough on me. So I would paint watercolors for [her] and she was a lot nicer. She loved my watercolors.”

At age 17, she moved to New York, where she’d paint at night and sell her paintings on the street. She says it helps her appreciate the amazing hand-drawn animation in “Beauty and the Beast,” which was almost entirely hand-drawn, except for the digital crane shot down from the ballroom chandelier.

“The film was four years in the making,” she said. “It would take an animator an entire week to draw 20 seconds of film. They took their time. This was the last hand-drawn movie! We had the computer generation for the ballroom scene — it was just being invented — but it took a long, long time.”

While the new digital approach is more economical, she misses the soul of hand-drawn characters.

“Because they’re hand-drawn, they’re so realistic,” O’Hara said. “[Animators] are actors with their pens and paintbrushes. Belle is as much [animators] Mark Henn and James Baxter as she is me. … I do hope they’ll bring it back. … It would certainly get a lot of artists’ jobs back, because it is a lost art. … I think it’s a phase right now with what they’re doing, and it’s all wonderful, but I think there’s gonna be a yearning for something new, and I think that ‘something new’ will be something old.”

In this case, something there that was there before.

Until then, enjoy the lush hand drawings remastered for the new 25th anniversary Blu Ray release.

“It has so many wonderful bonus features. It’s worth it just for those,” O’Hara said. “There’s a great documentary on Alan Menken. Of course, there’s a little documentary on my life in there, too.”

What juicy tidbits might we find out about O’Hara from that doc?

“That I’m a die-hard NBA fanatic,” O’Hara said of the Cleveland Cavs. “I was standing, screaming, crying when LeBron [won]. I’ve been following LeBron since he was 13. … I love him to death.”

Now that King James has a title, the Disney Princess owes him a song.

“There may be something there that wasn’t there before … LeBron!”

You can put the NBA Finals trophy right next to O’Hara’s Golden Globe.

Think you can make a better animated musical?

Click here for more on the “Beauty and the Beast” Blu Ray. Listen to the full convo with Paige O’Hara below: 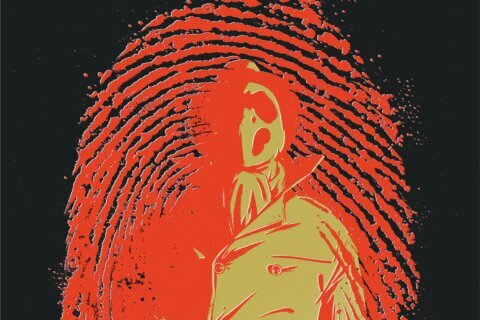 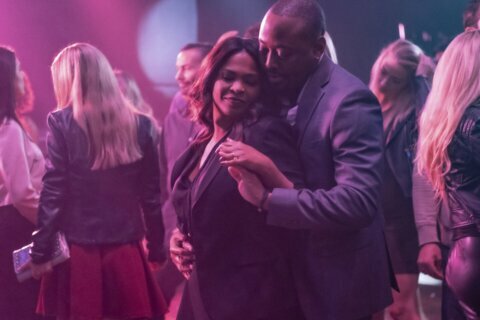 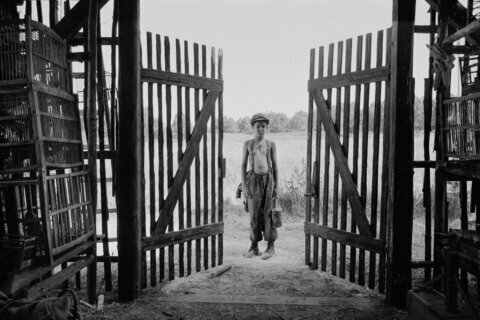