WASHINGTON — In most shows, the villain and the comic relief are very separate roles, one meant to intimidate, the other to lighten the mood.

But the role of Miss Hannigan is no ordinary character, providing both the foil and the funny as the strict orphan caretaker with a sarcastic streak that can’t help but make us smile.

“She’s the villain and the comic relief, which is a great combination of things. She’s kind of the Captain Hook to the Lost Boys,” says Lynn Andrews, who plays Miss Hannigan in the national tour of “Annie.”

The hit musical hits Washington, D.C. for one week only at National Theatre from March 15-20.

Like many of us, Andrews discovered the role of Miss Hannigan by watching the legendary Carol Burnett steal the screen in John Huston’s popular movie musical “Annie” (1982).

“The first day I was going to be shooting a scene, I went up to him and I said, ‘Mr. Huston, how do you want me to play this?’ … And he said, ‘Just cavort, dear. Just cavort,'” Burnett recently told WTOP.

While Andrews enjoyed Burnett’s role as a kid, she is now trying to make it her own on stage.

“We always had the VHS at my house. … The key for me was not doing a VHS bootleg impression of Carol Burnett, because she’s her kind of funny. … I have a different voice type and a different body type, so I gotta do something that makes me giggle in my own skin,” Andrews says.

Don’t worry, she has the role down pat, giving WTOP a sarcastic assessment of her child co-star.

“Heidi Gray is a cut throat, don’t you dare trust her,” Andrews jokes, before adding in all seriousness, “When you’re 11 years old, it’s all instincts. … She’s naturally funny and she’s got a terrific voice and the kid can really, really dance. … You can’t be Annie unless you’re going to fill the room.”

No matter the cast, the themes and songs are so timeless that they defy any single production.

“I feel like ‘Annie’ wasn’t something that was created or filmed or even written. I feel like it always just existed. … And it was so strange when I got older and you start learning about musical theater and I learned when it was written in the ’70s and I was like, ‘Wait. It’s not from the ’30s?'” Andrews says.

Then in 1977, it morphed into a Broadway smash, winning seven Tony Awards, including Best Musical and Best Original Score for Charles Strouse (music) and Martin Charnin (lyrics), boasting some of the most memorable numbers in all of showbiz, from “Hard Knock Life” to “Little Girls” to “Tomorrow.”

“Whenever you start thinking of ‘Annie,’ the first thing people think of is ‘Tomorrow,’ because so many people have sung it; people have heard it a thousand times. Then they’re like, ‘Oh yeah! There was that really awesome Jay-Z ‘Hard Knock Life’ that happened. That was really rad,’ and ‘Never Fully Dressed Without a Smile’ is also one of the coolest songs and that song ‘Maybe’ is so pretty,” she says.

“I think that’s the sign of a good musical. You remember the songs but also like all of them.”

In a very special treat for D.C., Charnin returns as director, just as in the original Broadway show.

“Our director Martin Charnin, who actually wrote the lyrics and directed the original production, is not super keen on micromanaging anything. He’s like, ‘If you feel inspired one night to do something, you should do it.’ If you come see the show seven nights in a row … the plot still happens, but it’s not exactly the same, which I appreciate. So there’s a lot of room to play around,” Andrews says.

Not only will D.C. audiences see the same direction as the 1977 original, we also get choreography by Liza Gennaro, daughter of the original Tony-winning choreographer Peter Gennaro.

“‘Hard Knock Life’ is the original choreography. What’s great about this production is no one is trying to reinvent the wheel. … It’s not someone trying to impress you with superfluous stuff. It’s the perfect movement for exactly when you need it. ‘Hard Knock Life’ is buckets and mops and rags and sheets and kids stompin’ around all over bunk beds. It’s ferocious,” Andrews says.

Does that mean the audience will get splashed by suds?

“If you get a front-row seat, I will for sure splash you with some gin or whatever cocktail I’m drinking.”

How evil … and funny.

Click here for ticket information. Listen to my full interview with Lynn Andrews below: 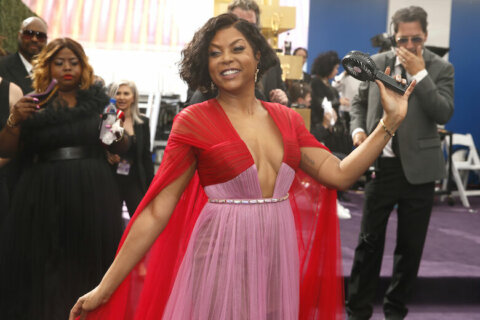 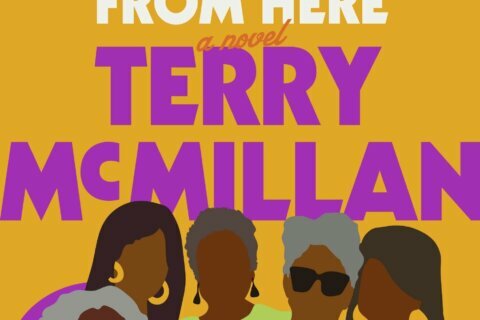 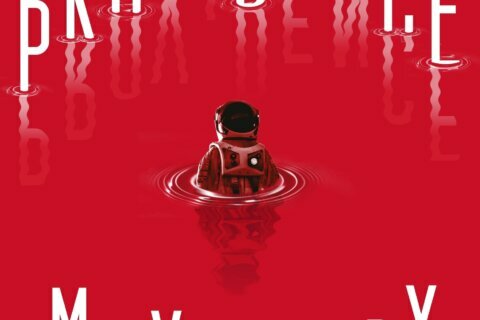