The state of Virginia is about to provide the clearest preview of what's to come in the 2022 election.
Listen now to WTOP News WTOP.com | Alexa | Google Home | WTOP App | 103.5 FM

The state of Virginia is about to provide the clearest preview of what’s to come in the 2022 election. Democrat Terry McAuliffe and Republican Glenn Youngkin will face off in a marquee gubernatorial race in November. At the same time, all 100 seats in the state’s House of Delegates are up for grabs.

The outcome of these races will help tell us whether the rising Democratic coalition of African Americans and White voters with a college degree is providing the backstop they need to stop a red Republican wave.

Right now, Democrats have to be worried about what they’re seeing in the polls. President Joe Biden took the state by 10 points last year. But recently, his approval rating in numerous recent surveys has sunk below his disapproval rating, just as it has nationally.

Biden’s declining fortunes has coincided with Youngkin rising in these same polls. Although McAuliffe holds on to a nominal lead, this race is well within the margin of error.

This is notable for a number of reasons.

We know that what happens in Virginia rarely stays in Virginia. Virginia has proven to be a good barometer of midterm elections.

And since 1978, the party that has won the state’s governor race has gone on to gain seats in the House of Representatives the following year 8 of 11 times.

One of the times Virginia’s gubernatorial race failed to predict the following year’s results, 2013, is notable, and not just because McAuliffe won that race. (Virginia governors cannot serve two consecutive terms.)

The 2013 election is an indication of how significantly Virginia has moved to the left in recent years. Republicans haven’t won a key statewide race in Virginia since 2009.

As recently as 2001, Republicans had just easily won the presidential race in the state, and controlled both US Senate seats and all three major statewide offices (governor, lieutenant governor and attorney general).

Democrats losing (or even coming close to losing) here in 2021 would suggest that they’re doing so poorly nationally that they can’t even win a state that has swung to the left.

More specifically, a poor performance would indicate that the Democrats’ improvements with a group they’ve been doing much better with recently, White voters with a college degree, isn’t enough for them to win next year.

In the 2000 presidential election, Republican George W. Bush won these voters by 20 points in the Old Dominion. Last year, Biden, a Democrat, scored a 7 point victory with them.

This nearly 30-point turnaround was more than enough to power Biden’s statewide win when combined with near unanimous support from the state’s Black voter population.

The shift in Virginia’s White college educated vote mirrors what we’ve seen nationally. Compared to a 9-point loss for Democrat Al Gore in 2000, Biden emerged with a 3-point victory with them nationally in the exit polls.

But what happens in Virginia in 2021 isn’t just about broad national implications — it’s about another state, Georgia, that shares a lot of demographic similarities with Virginia. Georgia will be a key political state in 2022. It has an important governor’s race, potentially competitive House races and a Senate seat that Democrats are desperately trying to defend in order to maintain their thin majority.

Georgia, like Virginia, has a large Black population and a lot White voters with a college degree for a southern state. Although the two aren’t completely comparable because Georgia’s Black population is larger and growing at a faster pace, neither would have been won by Biden in 2020 without him winning a lot more White voters with a college degree than Gore did 20 years earlier.

Gore lost this group by 41 points in Georgia, while Biden lost them by a mere 11 points.

Of course, we’re getting a little ahead of ourselves here. Democrats haven’t lost or come close to losing anything in Virginia just yet.

Democrat and current Gov. Ralph Northam held a similar lead to McAuliffe at a similar point in the 2017 campaign. He ended up winning by 9 points ahead of Democrats’ dominating performance in the 2018 House races.

Democrats would more than welcome a similar result this time around. 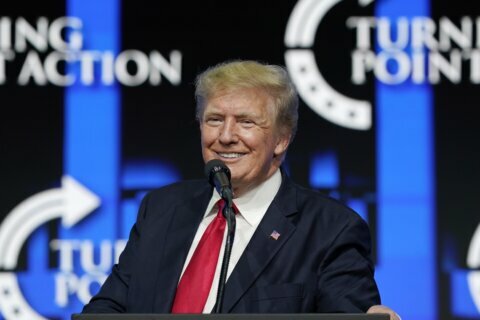 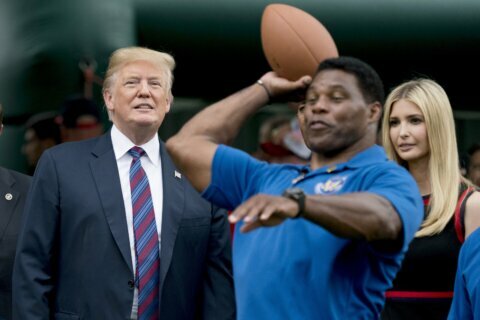