Facebook could be behind recent spike in Va. voter registrations

Thousands of Virginians have submitted applications to register to vote in the last few days since Facebook posted a reminder at the top of users' newsfeeds across the nation.
Listen now to WTOP News WTOP.com | Alexa | Google Home | WTOP App | 103.5 FM

WASHINGTON — Thousands of Virginians have submitted applications to register to vote in the last few days since Facebook posted a reminder at the top of users’ newsfeeds across the nation.

The Virginia Department of Elections said thousands of voter registrations came in while the Facebook reminders were posted from Friday through Monday. Instagram, which is owned by Facebook, plans to post similar registration reminders next week.

Registration often picks up as a presidential election nears, and local elections leaders and advocates like the League of Women Voters hope even more people register across the country on Tuesday, which has been designated National Voter Registration Day by the National Association of Secretaries of State.

The group supporting registration efforts Tuesday says 6 million people failed to register in 2012 due to missed deadlines or a lack of information.

Nearly all voter registration transactions in the D.C. area can be done online.

This is the first presidential election Virginia is offering online voter registration.

The deadline to register or change an address is Oct. 17.

Absentee voting has already begun, and runs through a few days before the election. On Nov. 8, Virginia polls are open from 6 a.m. to 7 p.m.

On top of the presidential race, Virginia voters will join the nation in electing members of the next U.S. House of Representatives.

Virginia voters will also decide on two proposed amendments to the state constitution. The first is the so-called “right to work” amendment that would put Virginia’s existing laws prohibiting any agreements that require union membership in order to work at a company into the constitution. The second would allow for surviving spouses of law enforcement, firefighters and other first responders killed in the line of duty to be exempt from property taxes.

There are also a number of local races for mayor or council in parts of Northern Virginia and local bond referendums.

In Fairfax County, voters will decide whether to give the Board of Supervisors permission to enact a meals tax. Supporters say it could provide more school funding, while opponents charge it would hurt businesses.

In Maryland, the deadline to register to vote or update an address is 9 p.m. on Oct. 18 for voters using the online registration tools.

Paper forms must be submitted earlier that day.

Maryland voters can all vote early if they choose.

Early, in-person voting begins Oct. 27 and runs through Nov. 3. Early voting locations will be open from 8 a.m. to 8 p.m.

In addition to the presidential race, Maryland voters will pick a new senator to replace retiring Barbara Mikulski plus members of the U.S. House of Representatives. Other issues include a state constitutional amendment that would change how the attorney general or comptroller position is filled if there is a vacancy in the middle of a term.

Local ballot issues include the election of judges and members of some local boards of education. Charter amendments in Montgomery County would impose term limits on county leaders and in Prince George’s County would add two at-large County Council members under term-limits.

There are also a number of local bond questions.

In the District, residents have until Oct. 11 to register in advance. After that, voters can register in person and cast a ballot at the same time during early voting or on Election Day. Those ballots are kept separate until the voter’s eligibility is confirmed.

Residents can register to vote or update their registration on the District’s Board of Elections site www.dcboee.org.

In addition to the presidential race and Congressional contest, District voters will elect some council members, some members of the Board of Education and Advisory Neighborhood Commissioners. 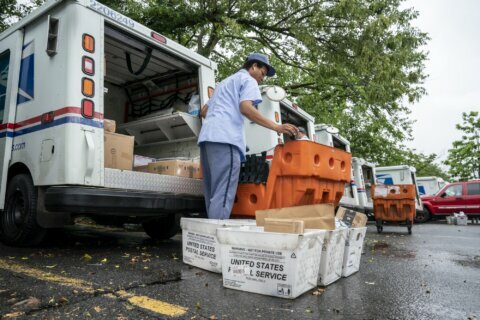 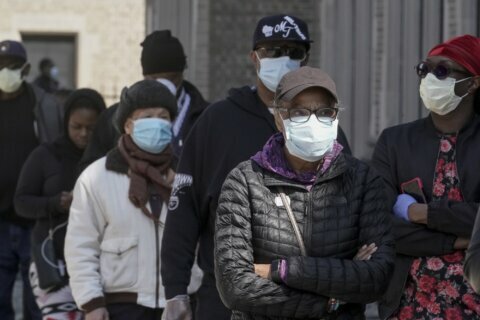