WASHINGTON (AP) — Officials offered new hope for the safety of U.S. schoolchildren threatened by COVID-19 on Friday as Gulf Coast hospitals already full of unvaccinated patients braced for the nightmare scenario of a major hurricane causing a wave of fractures, cuts and heart attacks without enough staff to treat the injured.

The Biden administration said half of U.S. adolescents ages 12-17 had gotten at least their first COVID-19 vaccine, and the inoculation rate among teens is growing faster than any other age group.

“We have now hit a major milestone,” White House coronavirus coordinator Jeff Zients told reporters at a briefing. “This is critical progress as millions of kids head back to school.”

Meanwhile, new studies from California both provided more evidence that schools can open safely if they do the right things and highlighted the danger of failing to follow proper precautions.

A study of COVID-19 cases from the winter pandemic peak in Los Angeles County found that case rates among children and adolescents were about 3½ times lower than in the general community when schools followed federal guidance on mask wearing, physical distancing, testing and other virus measures, officials said.

Another study from Marin County, north of San Francisco, found that a single unvaccinated teacher who came back to school two days after showing symptoms and read to her class without wearing a mask led to 26 other infections in May, before the highly contagious delta variant ran wild.

“Most of the places where we are seeing surges and outbreaks are in places that are not implementing our current guidance,” said Dr. Rochelle Walensky, director of the Centers for Disease Control and Prevention, who discussed the studies at a briefing.

More than 3,100 active coronavirus cases have been reported in Arkansas public schools among students and employees, according to newly released numbers, and most youths are enrolled in districts that require masks. The mandates emerged after a judge temporarily blocked a state law that banned mask mandates in Arkansas, which ranks fifth nationally for new virus cases per capita, according to researchers at Johns Hopkins University.

On the northern Gulf Coast, where Ida was forecast to become a dangerous hurricane before it hits on Sunday, workers at Singing River Gulfport in Mississippi expect to have to raise flood gates to keep rising water out of the hospital that is full of COVID-19 patients, the vast majority of whom aren’t vaccinated, said facilities director Randall Cobb.

Complicating matters, he said, was that the hospital is short-staffed because of the pandemic and also expects to get a flood of patients suffering from ailments that typically follow any hurricane: broken bones, heart attacks, breathing problems and lacerations.

Located a few miles from the coast, the hospital has enough generator fuel, food and other supplies to operate on its own for at least 96 hours, he said, and it will help anyone who has a serious, life-threatening condition. But officials were trying to get the word out that people with less severe medical problems should go to special-needs storm shelters or contact emergency management.

“It’s very stressful because it’s too late if we have not thought of everything. Patients are counting on the medical care but also on the facility to be available,” Cobb said.

In Louisiana, Democratic Gov. John Bel Edwards said evacuation of hospitals in threatened areas — something that would normally be considered — is impractical with COVID-19 patients.

“That isn’t possible. We don’t have any place to bring those patients. Not in state, not out of state,” Edwards said.

So, he said, state officials have worked with health systems to ensure that they are prepared.

About 1,100 people are dying daily of COVID-19 in the United States, the most since mid-March, according to Johns Hopkins University data. About 85,000 people were hospitalized with the illness nationwide early this week, CDC data shows, the highest total since the post-holiday surge in early February.

The surge is largely fueled by the highly contagious delta variant among people who are not vaccinated. In areas where vaccination rates are particularly low, doctors have pleaded with their communities to get inoculated to spare overburdened hospitals. In places including Alabama, federal teams have been brought into to assist exhausted workers and fill staffing gaps caused by COVID-19 infections and exposure.

In Idaho, one of the least vaccinated states, intensive care units are running out of space and one 330-bed hospital, Kootenai Health, converted classrooms into patient care space.

The largest classroom became a treatment room for as many as 21 coronavirus patients who don’t need the kind of specialized monitoring provided by intensive care units. Other classrooms were turned into treatment areas where hospitalized COVID-19 patients can receive monoclonal antibody therapy in hopes of keeping them from needing a hospital bed.

Idaho also is calling on people with health care skills or a simple willingness to help to sign up for the state’s Medical Reserve Corps. Retired health care workers can get temporary license renewals, and others can help with tasks such as contact tracing and data entry. 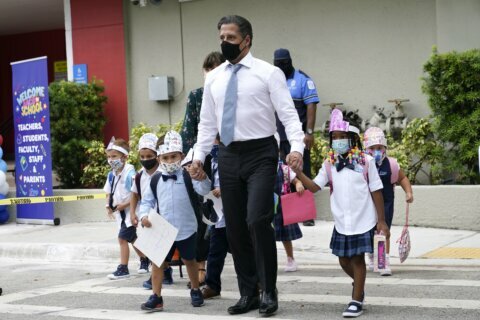 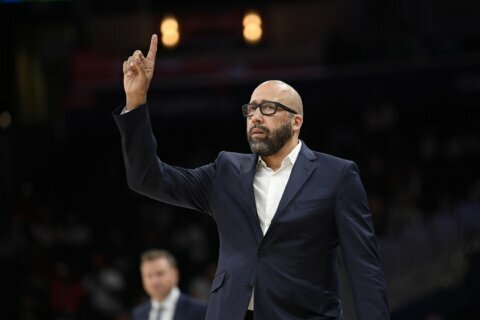 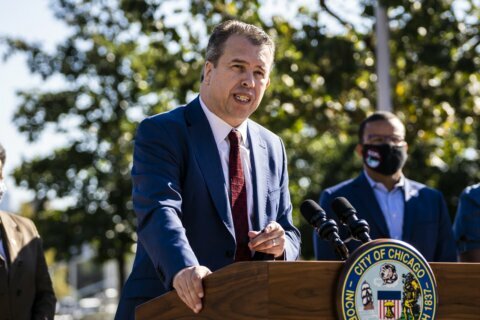