Maryland schools are often touted as some of the best in the country, but beneath the surface, it is becoming increasingly difficult to retain experienced teachers during the first few years into the profession despite receiving relatively high pay among teachers nationwide.

Beers did not decide she wanted to teach until after undergrad when she received her master’s degree in special education. Ever since entering teaching, she said she has felt as if she has not had enough time or support to consistently succeed.

Now that she is settled at an Anne Arundel elementary school teaching third grade, Beers has overcome many of the struggles young teachers face when first entering the profession.

“It’s overwhelming,” Beers said. “I often struggle to keep things in perspective. I sometimes have to tell myself, ‘You’re not running the Pentagon; it’s going to be okay.’”

Maryland schools are often touted as some of the best in the country, but beneath the surface, it is becoming increasingly difficult to retain experienced teachers during the first few years into the profession despite receiving relatively high pay among teachers nationwide.

The 2016 edition of Education Week’s “Quality Counts” report gave Maryland schools an overall B rating, which ranks the state among the top five in the country. Additionally, Maryland’s eligible schools received the highest percentage of gold and silver awards from a 2016 U.S. News report. Gold and silver awards reflect which schools best prepare students for college and achieve passing scores on Advanced Placement tests.

Despite this, Maryland, like much of the country, struggles to curb teacher turnover, especially in the most disadvantaged areas.

“It is a widespread issue,” said Richard Ingersoll, professor of education and sociology in the University of Pennsylvania’s Graduate School of Education. “Teaching is a high turnover occupation.”

Nearly half of new teachers who have completed between one to two years of teaching will have left the field by the beginning of the third full year, according to data from the Maryland State Department of Education’s 2014-2015 teacher and principal effectiveness ratings.

In the 2015-2016 school year, Maryland lost 4,536 of its approximate 60,000 teachers, a 7 percent attrition rate, according to state department of education. Forty percent, or 1,815, of those lost teachers had five or fewer years of experience.

“There is research that shows there is a link between teacher experience and the quality of teaching that goes on in the classroom,” said Adam Mendelson, spokesman for the Maryland State Education Association, the state’s largest teacher union. “When there is a lot of turnover, it’s harder to establish relationships between teachers and students.”

While Ingersoll said teacher retention rates are low across the country, a September report from the Learning Policy Institute gave Maryland a teacher attractiveness rating of 2.1 on a 5-point average quintile scale, which is tied for 46th in the country along with Mississippi and New Mexico.

For comparison, the highest rated state in terms of attracting educators, Oregon, received a rating of 4.09. The Learning Policy Institute created this scale by drawing data from National Center for Education Statistics, said Desiree Carver Thomas, research and policy associate with the institute. As part of a state teacher mentoring program, Oregon was able to retain 90 percent of teachers during the 2013-2014 school year.

“We found that salary compensation corresponds with recruiting a teacher, but it does not correlate with retention,” Carver-Thomas told the University of Maryland’s Capital News Service. “It’s really important that compensation comes hand-in-hand with great working conditions.”

Seven of the state’s 24 jurisdictions have higher than the state average of 29.7 percent of teachers with five or fewer years of experience. Dorchester and Prince George’s counties lead the way with 42.2 percent and 40.6 percent, respectively.

“The reality is that there are some kids that are going to get it because of you and some are going to get it in spite of you,” Dudley Mitchell said. “Prince George’s County is not alone. The concept of teacher retention is something we really have to get a hold on, as to why people who want to come into the profession ultimately end up leaving.”

Dudley Mitchell said teaching today is more demanding with higher stakes in testing and increased workloads for teachers. She said a healthy balance of veteran and new teachers creates an environment conducive for teachers and their students to succeed.

For Kyle De Jan, teaching at Frederick Douglass High School in Prince George’s County has been a bittersweet opportunity since he is the final step in his students’ public education experience.

“As a new teacher, you’re really afraid of your learning curve, just like any other job,” said De Jan, a second-year teacher. “You feel really anxious because your learning curve means they’re going to miss out on things. That feels like you’re damaging their post-secondary success.”

Beers said teaching is a significant time commitment with increasing responsibilities and expectations mounting every day. She added that these are amplified when administrators micromanage and attempt to control how teachers operate their classroom.

“I’m best when I close my door and trust what I’m doing,” Beers said. “I know the thing I’ve needed the most is more time to hone my craft.”

The Teacher Induction, Retention and Advancement Act of 2016 will be piloted in Anne Arundel County and permanently increase the state-matching stipend for teachers who hold a National Board Certification from $2,000 to $4,000.

“Teachers get overwhelmed,” Pinsky said. “We want to have a plan of having more time and support in the first year to increase the retention rate.”

A TELL Maryland survey administered to teachers last year found that while three-fourths of new teachers said they officially received a mentor, only half said they had time to meet with their mentor and only 14 percent said they received a reduced workload to do so.

Carver-Thomas said lack of administrative support is one of the primary causes of high turnover and discourages teachers from continuing on in the profession.

Henoch Hailu, who teaches special education at White Oak Middle School in Montgomery County, said he was also very frustrated in his first year of teaching and nearly quit the profession entirely.

“You would have never been able to tell that because I walked around with a smile, and I’m a goofy person,” the now fifth-year teacher said. “The people that were put into place to support me didn’t visit me on a regular basis.”

The Learning Policy Institute report found that 41 percent of Maryland educators said they have received administrative support whereas the national average is 48 percent. Carver-Thomas said lack of administrative support leads to poor classroom autonomy, which “leaves very little room to infuse their own expertise into how they approach teaching certain content.”

Kepp and Ingersoll mentioned that turnover has a large monetary cost on schools and counties constantly having to invest in human resources, replacement training and professional development.

“Some districts here have 900 new teachers a year,” Kepp said. “The kids who need the highest quality teachers the most are experiencing the greatest amount of turnover.” 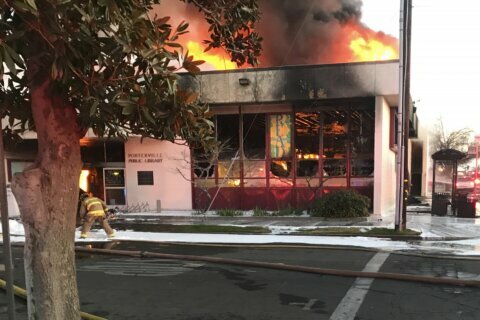 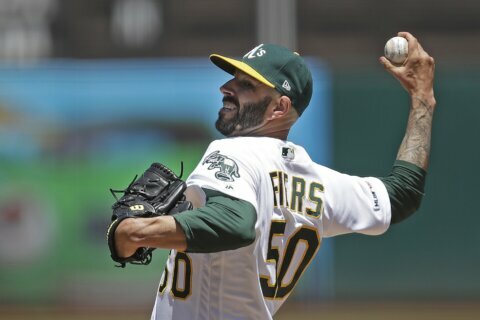 Friendly to Fiers: A’s pitcher gets cheers in spring game