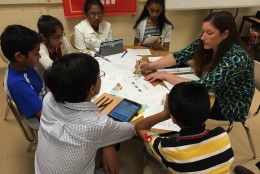 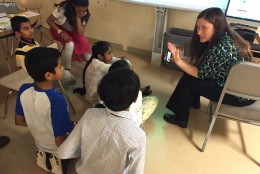 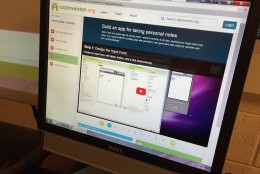 WASHINGTON — Some area kids who came up with an award-winning idea for a mobile app are now getting expert help building it.

Last month, a team of six students from three Montgomery County middle schools was named one of the national winners of the Verizon Innovative App Challenge.

The goal of their mobile app concept, AutBuddy, is to help kids with autism.

Now, Kristin Violette, a member of the MIT App Inventor Master Trainers, is helping the students turn their idea into a real, working app.

Violette had been meeting with the team through almost weekly Google Hangouts, but last week she visited in person. And she was very impressed.

“So far the process is moving a lot quicker than expected. These kids are simply amazing,” she told WTOP.

“The students are using App Inventor, which is a very user-friendly, block-style programming software.  It’s located online.  It’s free.  It’s created by MIT.  So the students don’t have to have any programming knowledge, but by using this app they get to learn programming concepts and a lot of important skills that they’ll need in the future.”

“I have used Scratch …(and) my dad has taught me JavaScript a little bit.”

He’s really happy to be part of the AutBuddy team.

“It’s really amazing, because we’re learning so many things about user interface.  How a child really connects with a device.”

“Before I used to be like, coding is so hard, and it looked really complicated,” says 11-year-old team member Madhuri Kola. “Now I feel like it’s not as hard.  You just have to think through it and make sure it makes sense first.”

Kola says mobile apps aimed at helping children on the autism spectrum already exist, but her team’s is different.

“There’s an app for timer, an app for reward systems.  But our app combines all of them instead of the parent having to download multiple apps, and then the child getting confused between them.”

Both Jagtap and Kola are 6th graders at Rocky Hill Middle School in Clarksburg.

Violette says the original idea the kids proposed was extensive, and because they have limited time to build it, she asked the team to scale the idea back.

“I encouraged them to develop what version 1.0 would look like.  And then as soon as we get that working, we’ll layer on more features that will ultimately become version 2.0 and get them to their end game.”

The app must be finished by June 1, when it’s scheduled to be made available for download from Google Play.

“We’re hoping to have a beta version several weeks before that, because there’s a lot of troubleshooting that needs to happen,” says Violette. 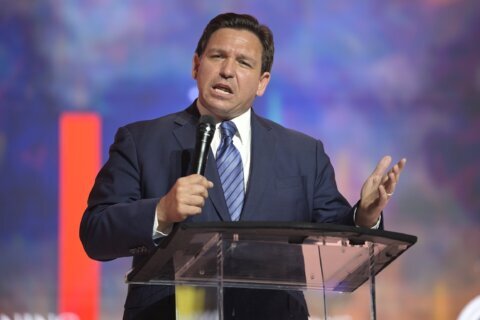 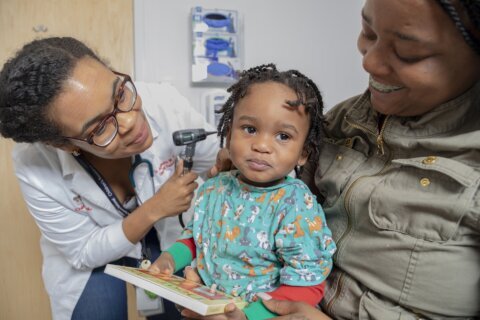