The nation’s capital marked Martin Luther King Jr. Day on Monday with a parade down the Southeast D.C. street named in his honor.

There was music, dancing and excitement along Martin Luther King Jr. Avenue Southeast.

“We wanted to pay homage to a person who sacrificed a lot to make sure that we bring togetherness to this country,” said Shayna Daniel-Holly. “We should pay tribute to him by not just staying at home and treating it like a normal day.”

Daniel-Holly’s 11-year-old son, Cliff Holly, was there with her: “Today is about Martin Luther King Jr. and how he helped the world,” he said.

Those who went out to watch the parade were there to have fun, but they also used the moment to pause and remember King’s legacy. 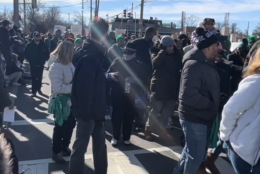 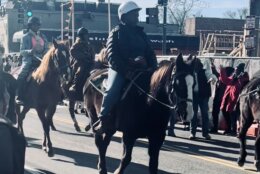 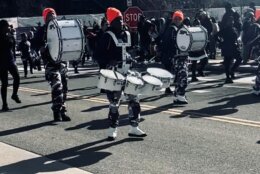 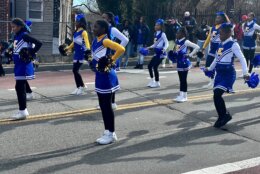 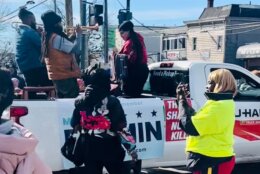 Annual tributes and commemorations of the life and legacy of King, which began nationwide Friday, typically include a mix of politics, faith and community service.

For this year’s observance, the 38th since its federal recognition in 1986, a descendant of King hopes to spur progress by helping more Americans personalize the ongoing struggle for racial equity and harmony.

Bernice King, daughter of the late civil rights icon, said people must move beyond platitudes and deepen their own commitments to the needed progress.

“We need to change our thinking,” said King, who is CEO of The King Center in Atlanta.

“It seems like we’re going through these cycles, because we’re trying to approach everything with the same mindset that all of this (racial inequity) was created,” King said.

“Change can be very small,” she said, “but transformation means that now we changed the character, form, and nature of something. That’s something we have not seen yet.”