Members of a Northeast D.C. community gathered to demand answers following the death of 13-year-old Karon Blake, who was shot and killed by a man who said he caught the boy breaking into a car.
Listen now to WTOP News WTOP.com | Alexa | Google Home | WTOP App | 103.5 FM
(1/4) 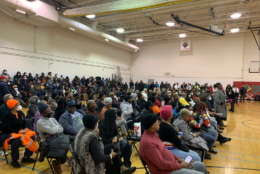 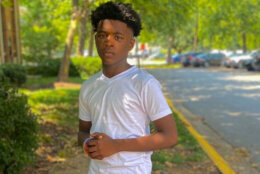 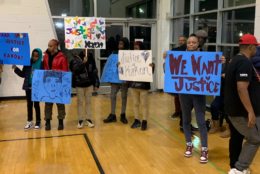 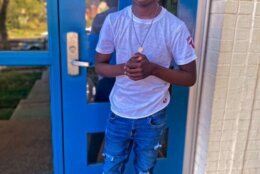 That’s what a woman who identified herself as Karon Blake’s aunt said Tuesday night at the Turkey Thicket Recreation Center in Northeast D.C., where hundreds of community members gathered to ask questions and demand answers from District leaders as well as police over why the man accused of fatally shooting the teenage boy has not been identified or arrested.

Police have not released the name of the man who fired the gun; but police Chief Robert Contee said earlier in a news conference that he was an “African American man,” is not law enforcement, has a license to carry a concealed weapon and has firearm registered with his home. Police said that no weapons have been recovered thus far.

Hours before the community meeting, Contee gave an impassioned statement to address what he called the “spreading of inaccurate information” surrounding Blake’s death.

Blake, of Northeast, was shot and killed on Saturday on the 1000 block of Quincy Street. A man confronted Blake after he had allegedly witnessed him break into a car before shooting and killing the teen, according to D.C. police.

“I don’t understand why y’all let that man still go free,” said Sean Long, who said he was Blake’s grandfather.

Long said the meeting, which was attended by Ward 5 Council member Zachary Parker and Assistant Chief of Police Morgan Kane, still didn’t provide enough answers to the community’s questions, particularly why the man had not been arrested and why he had not been identified.

In the spirit of transparency and accountability, today, I formally requested access to officer body camera footage in the Blake case. I will continue standing with the Blake family and Ward 5 community. I will continue showing up — even during difficult times and conversations. pic.twitter.com/IBCjrwKXt9

Blake’s death, Long said, is the worst death he has ever been through, and that includes his son, who was killed in 2009 over a fight.

“Now his son, we have to bury his son now. His son got killed by a guy, that he’s messing with the car. I didn’t know that you could get a gun permit and shoot somebody for messing with a car,” Long said.

One speaker asked why the man accused of shooting Blake was not taken into custody. Kane, the assistant police chief, tried to explain why.

“I want you to understand when we are talking about an investigation where someone has lost their life, and I know that we are used to seeing people immediately arrested on scene when we have enough information to do so … In this circumstance, it requires further investigation to determine what happened,” Kane said.

Earlier, Contee emphasized the process that police have to undertake when it comes to the case.

Kane echoed the police chief and said the last thing police want is to compromise the case.

Yet some were not placated by Kane’s answer, including a woman named Tracy, who said, in her opinion, knowing the man’s identity is “not breaching an investigation.”

Others in the meeting spoke about how they knew Blake.

WTOP’s Mike Murillo, who reported from Northeast D.C., contributed to this report. 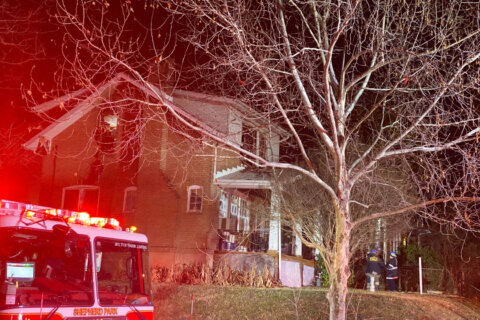