Christian groups ‘pray for democracy’ during vigil on Jan. 6 anniversary

Christian leaders gathered outside the Capitol on the second anniversary of the Jan. 6 insurrection for a “Sunrise Prayer Vigil for Democracy” to bring attention to Christian nationalism and its role in the attack.
Listen now to WTOP News WTOP.com | Alexa | Google Home | WTOP App | 103.5 FM
(1/4) 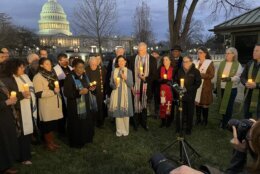 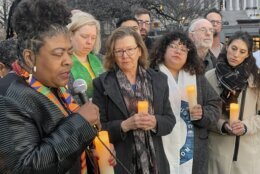 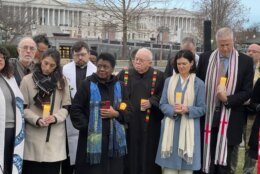 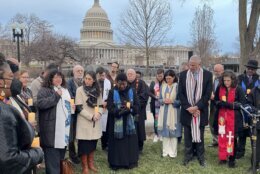 Christian leaders gathered outside the Capitol on the second anniversary of the Jan. 6 insurrection for a “Sunrise Prayer Vigil for Democracy” to bring attention to what they described as the role of Christian nationalism in the attack.

“Christian nationalism worked to intensify the attack on Jan. 6, 2021, and Christians bear a special responsibility in continuing to draw awareness to Christian nationalism,” said Amanda Tyler, executive director of the Baptist Joint Committee for Religious Liberty and lead organizer of Christians Against Christian Nationalism — one of the groups that organized the vigil.

Christian leaders are here outside the Capitol to mark the 2nd anniversary of the January 6th insurrection with a “Sunrise Prayer Vigil for Democracy.” @WTOP pic.twitter.com/uJAkUreWmU

A number of groups and Christians from different denominations joined the vigil and spoke about how the rioters distorted their Christian faith.

“On this day, we realize and remember how a false Christian manifestation entered in the halls of Congress with Christian symbols given over to violence,” said Jim Wallis, the founding director of the Georgetown University Center for Faith and Justice.

Rev. Nathan Empsall, executive director of Faithful America, said that the rioters were misusing religion during the attack.

“Unfortunately, so many of those here, were doing that attack in Jesus’ name, cynically abusing misusing and hijacking religion,” he said.

Empsall also said that if the Jan. 6 committee does not look at the way that religion was misused to inspire the insurrection, Christian leaders must do so or he believes more political violence could happen. 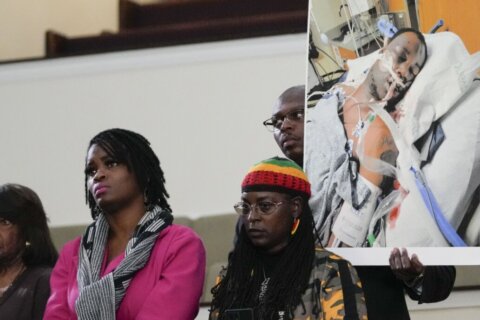