‘Idiot with a gun’ wounds 3 in DC, including 2 kids getting off Metrobus

Three people, including two children, were shot in Northwest D.C., following a fight on a Metrobus that spilled on to the street.
Listen now to WTOP News WTOP.com | Alexa | Google Home | WTOP App | 103.5 FM
(1/4) 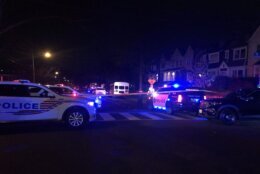 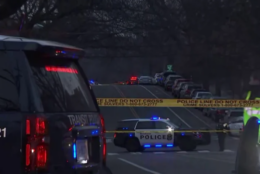 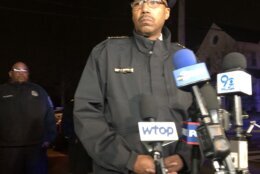 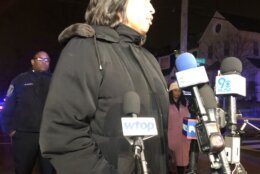 Three people, including two children, were shot in Northwest D.C., following a fight on a Metrobus that spilled on to the street, police said Wednesday night.

It happened around 4 p.m. near 14th Street and Fort Stevens. The fight started inside a full 54 bus heading northbound on 14th Street.

Several people got on the bus and assaulted one passenger, D.C. police Chief Robert Contee said at a news conference Wednesday.

The fight then moved on to the street, and one person brandished a firearm, fired it and struck three people — a man, a boy and a girl. The children’s ages are 6 and 9 years old. The man showed up at a nearby apartment. All three were taken to the hospital with serious but not life-threatening injuries, Contee said.

Contee said the children were on the bus and got off accompanied by adults; after the shooting, the children got back on the bus and the bus driver drove off northbound on 14th Street. He also said that the “intended target” does not appear to be the man who was shot.

“All they were doing was riding the bus coming home from school,” D.C. Mayor Muriel Bowser said. “When an idiot with a gun indiscriminately … shot two children.”

Ward 4 Council member Janeese Lewis George, who grew up in the Brightwood neighborhood, expressed her frustration.

“I’m just frustrated and heartbroken that young people cannot get on our transit system, come home from school, and make it home safely,” Lewis George said.

“We have to work collectively to identify young people who are in trouble, who need to get help before they use a gun. When we find them with a gun, they have to have consequences, so they’re not back out in the community shooting at our children,” Bowser said.

“Turn yourself in. You shot two children and that’s unacceptable,” Contee said.

Wednesday’s shooting happened near the area where a week earlier, one man was killed and three others, including a child, were shot.

Below is where the shooting occurred. 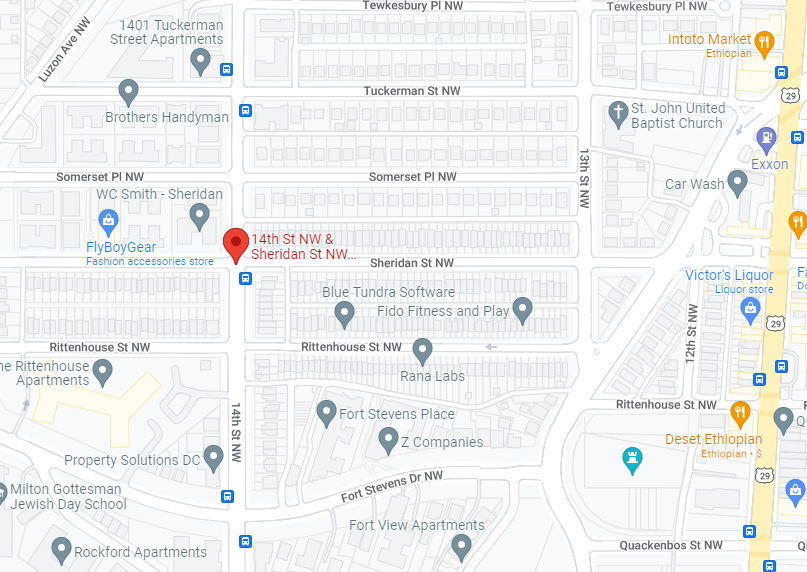