The death of a U.S. Capitol Police officer by suicide following the Jan. 6 riot has been determined as a Line of Duty death, and his family is eligible for survivor's death and education benefits.
Listen now to WTOP News WTOP.com | Alexa | Google Home | WTOP App | 103.5 FM

The death of a U.S. Capitol Police officer by suicide following the Jan. 6 riot has been deemed a Line of Duty death, and his family is eligible for survivor’s death and education benefits.

Patrick Yoes, national president of the Fraternal Order of Police, said the benefit claim made by the family of Capitol Police Officer Howard C. Liebengood was approved by the Public Safety Officers’ Benefit program.

“This is the first claim awarded under the new law, the Public Safety Officer Support Act,” Yoes said in a statement.

Liebengood, a 15-year veteran, was one of the officers who responded to the riot led by supporters of former President Donald Trump, in an effort to disrupt the certification of Joe Biden’s victory in the Electoral College.

Liebengood, 51, was one of four law enforcement officers who took their own lives after responding to the attack; D.C. police officers Jeffrey Smith, Gunther Hashida and Kyle DeFreytag died by suicide. Washington’s Police and Firefighters’ Retirement and Relief Board ruled in March that Smith’s death was in the line of duty.

The Liebengood family called the PSOB’s decision “significant, healing, relieving,” and hoped that it will serve a model for other groups that offer similar benefits and recognition.

“This is an important step in a longer effort to change outdated processes and attitudes. We also hope that this helps other families who have felt the pain of losing a loved one to suicide,” the Liebengood family said in a statement.

U.S. Capitol Police said that suicide has become an “epidemic in the law enforcement profession,” and they are pleased with the PSOB’s determination. 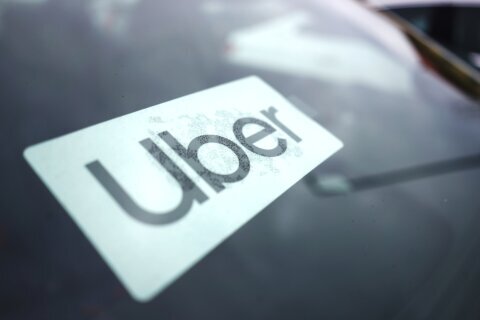