A local family is not happy with the prison sentence given out Friday to their son’s killer in a shooting in D.C.
Listen now to WTOP News WTOP.com | Alexa | Google Home | WTOP App | 103.5 FM

A local family is not happy with the prison sentence given out Friday to the person who fatally shot their son in D.C.

Roger “Tom” Marmet, 22, was killed almost four years ago by a stray bullet as he sat in his car at a traffic light in Northeast after volunteering at the nonprofit SOME (So Others Might Eat).

The man who fired the gun, 26-year-old Barry Marable, got 14 years in prison as part of a voluntary manslaughter plea deal, an agreement Marmet’s family says prosecutors promised they would not agree to.

The U.S. Attorney’s Office said in a statement it analyzes “many factors” in accepting plea deals, including the facts of the case. However, it did not comment on the case further.

Marable said in court he would spend the rest of his life trying to make up for his mistakes.

Tom’s sister Sally said in a letter that was read in court by their mother during the sentencing that her brother was “spectacularly selfless” and a “pacifist” whose humanity made him “even more lovable.”

Court documents revealed that Marable had a record, including another conviction on an unknown charge, and was in trouble as a juvenile. Court papers also say Marable was neglected and experienced trauma as a child.

Beloved boxing coach killed in DC remembered by his fighters 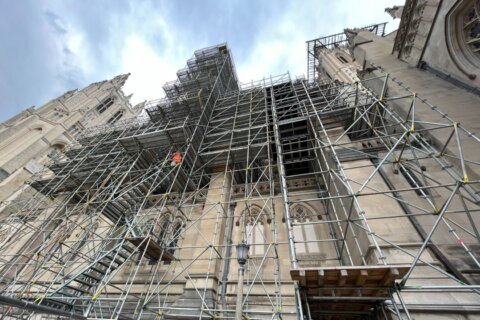