Firefighters in the District put out a duplex fire in Southeast Sunday afternoon that sent a teenager and a firefighter to the hospital. The teenager is in critical condition.
Listen now to WTOP News WTOP.com | Alexa | Google Home | WTOP App | 103.5 FM
(1/5) 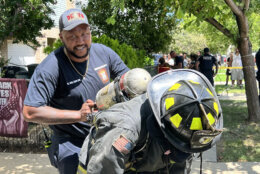 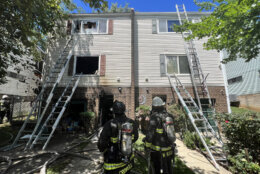 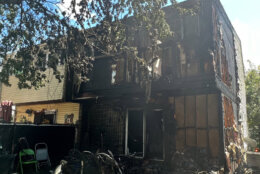 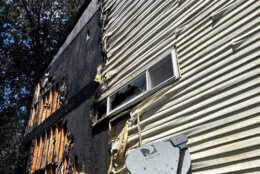 Firefighters in the District put out a duplex fire in Southeast Sunday afternoon that sent a teenager and a firefighter to the hospital. The teenager is in critical condition.

Around 2 p.m., DC Fire and EMS responded to reports of a fire at a three story duplex located at 722 Mississippi Ave SE near Oxon Run Park.

On arrival, they identified heavy fire on three sides of the building and were informed a teenager was still trapped within the structure, Battalion Fire Chief James Gordon said in a video update released on Twitter.

After firefighters had extinguished the blaze from parts of the building, they were able to evacuate the teenager from the second floor. EMS crews who waiting outside began lifesaving measures before he was transported to the hospital in critical condition, Gordon said.

No update on the current condition of the teenager. One firefighter was also taken to the hospital with a minor injury.

Three people, including the injured teenager, have been displaced by the fire. Investigators are currently looking into the cause and origin of the fire, according to Gordon.

Location of duplex fire in Southeast: