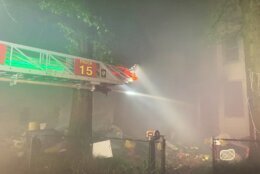 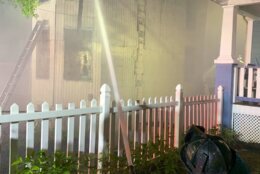 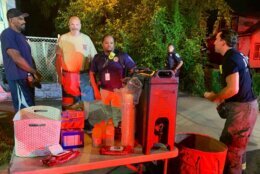 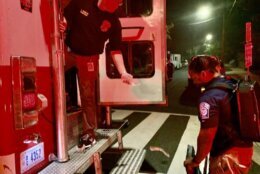 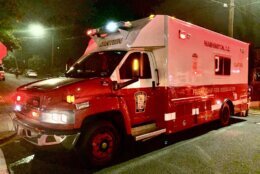 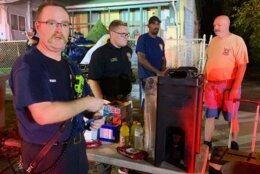 When a vacant house in D.C. caught fire Monday night, 10 people in an adjacent house ended up displaced and a dog had to be rescued.

D.C. Fire and EMS responded to a fire in the 2200 block of Douglas Street NE and discovered a heavy fire in a vacant, boarded up three-story home around 9:30 p.m. with a caged dog in the rear of the home.

About 20 units and 100 fire and EMS workers responded to the scene to prevent the fire from spreading to other homes, according to D.C. Fire and EMS.

Firefighters attacked the fire from the outside of the home due to a “large amount of fire, extreme clutter” and the fact that the building from abandoned.

Update Working Fire 2200 block of Douglas St NE. #DCsBravest are attacking this blaze from the exterior due to large amount of fire, extreme clutter, and fact that structure is in an abandoned condition. pic.twitter.com/XDM7WUWIWg

Firefighters rescued the dog caged in proximity to the fire. Humane Rescue Alliance transported the dog to safety and is taking care of the animal.

Update Working Fire 2200 block Douglas St NE. #DCsBravest Rescue Squad 1 rescued a caged dog who was in proximity to the fire. @HumaneRescue has taken possession of the k-9. pic.twitter.com/GomznVekdO

“Large diameter hose streams” and an aerial tower were used to douse the home with water and a “collapse zone” was established in case the structure fell, according to D.C. Fire and EMS.

Firefighters thanked the Friendship Fire Association, a volunteer support unit of D.C. Fire and EMS, for providing food and water during the fire as the response went into the overnight hours.

Seven adults and three children were evacuated and displaced due to their “home being threatened by possible collapse of the fire building,” D.C. Fire and EMS said.

The Red Cross is assisting those who were displaced.

See a map of the fire location below: