A D.C. Juneteenth celebration read the names of 2,000 soldiers who, in 1865 in Galveston, Texas, helped spread the word that slavery had been abolished.
Listen now to WTOP News WTOP.com | Alexa | Google Home | WTOP App | 103.5 FM

A D.C. Juneteenth celebration read the names of 2,000 soldiers who, in 1865 in Galveston, Texas, helped spread the word that slavery had been abolished.

Their names were read out loud Monday in front of the African American Civil War Memorial in Northwest.

“We’re going to raise their name into the universe, never to be forgotten again,” said Frank Smith, founder and director of the African American Civil War Museum, which sponsored the Juneteenth ceremony.

Smith said the names that were read belonged to the soldiers who were with U.S. Maj. Gen. Gordon Granger, when he issued and announced General Order No. 3. — the order that informed people in the state that slavery had been ended.

Milla Jordan, of D.C., was among the crowd of people who gathered for the event. She said as she came out to remember her ancestors, she feels the families of those whose names were read would be glad to know they are being remembered.

“I think that’s a blessing. I think the ancestors of the soldiers would appreciate it,” Jordan said.

The event concluded with a parade from the memorial to Howard University. 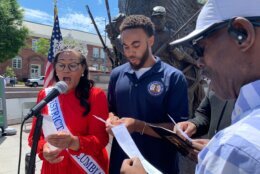 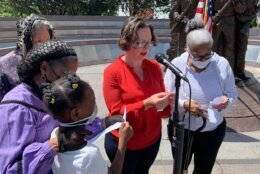