The historic Lockkeeper's House on the National Mall in D.C. reopens to the public on Saturday after being shuttered for decades with a brief pre-pandemic exception.
Listen now to WTOP News WTOP.com | Alexa | Google Home | WTOP App | 103.5 FM
(1/10) 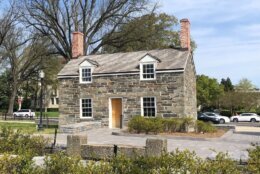 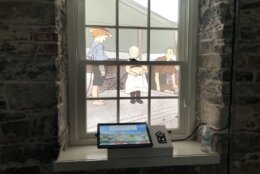 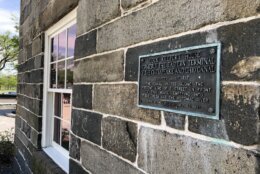 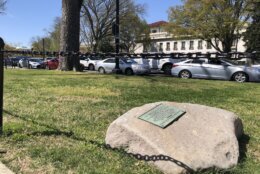 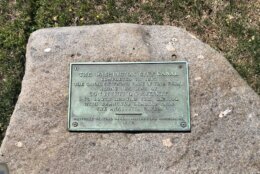 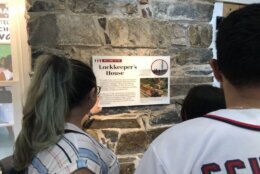 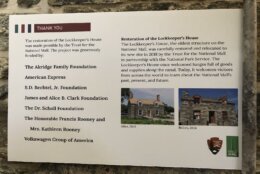 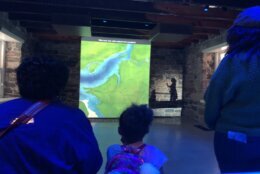 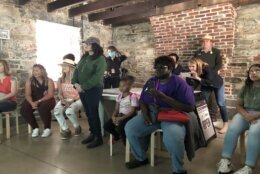 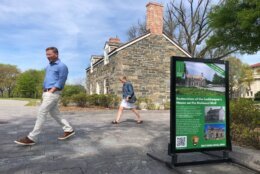 Share on Facebook. Share on Twitter. Share via email. Print.
download audio
When Constitution Avenue used to be a canal for moving goods into a growing new capital city, a lock keepers house stood at what's now 17th Street. WTOP's Kristi King reports that the house will open to the public on Saturday with 21st-century additions.

The historic Lockkeeper’s House on the National Mall in D.C. reopens to the public on Saturday after being shuttered for decades, except for a brief time in 2018.

The National Trust for the National Mall sponsored restoration work that allowed the mall’s oldest surviving structure to reopen briefly in 2018 and this weekend with multimedia programing.

At the corner of 17th and Constitution Avenue in Northwest D.C., the Lockkeeper’s House was the office and residence for the person — and his family — who collected tolls and managed traffic along the C&O Canal that ran along present-day Constitution Avenue.

“If you’re a local and you’ve been down to the National Mall for anything, the cherry blossoms, Fourth of July, bringing family to the monuments and memorials, you’ve been by the lockkeeper’s house any number of times. But it hasn’t been open to the public since the Bicentennial era. And even at that time, it was basically just a restroom facility,” said Mike Litterst, of the National Park Service.

“So for the first time in a generation, you can not only go in and see what it’s all about. You can learn about the history of the house and about the development of the National Mall over the last 400 years,” he said.

The Lockkeeper’s House was built around 1837, abandoned in 1855 and relocated in 1915 because of the widening of 17th Street. It was moved to its present location as part of the 2018 restoration.

“What’s wonderful about it is, we always talk about the fact that in the 1800s this was a place that welcomed barges and supplies to the thriving new city,” Catherine Townsend, president and CEO of the Trust for the National Mall, said. “Now it’s going to be welcoming visitors from all around the world to really experience the National Mall in new ways that they might not have thought of, [with] a mini museum right here on the National Mall for the lockkeeper’s house, which is really exciting.”

The Trust for the National Mall has been working with the Park Service on other priority projects, such as the U.S. Park police horse stables.

The Lockkeeper’s House will be open to the public every day from 11 a.m. to 3 p.m. starting Saturday.