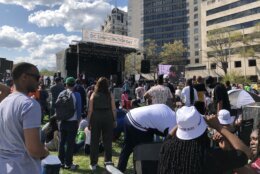 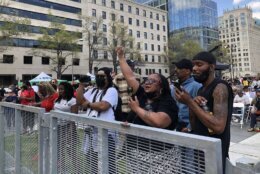 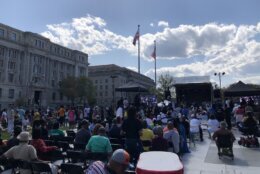 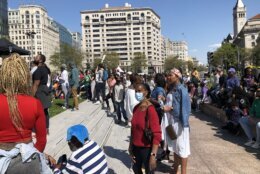 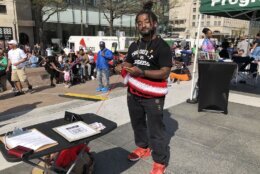 On Saturday, D.C. Mayor Muriel Bowser kicked off Emancipation Day in the city with a big party at Freedom Plaza.

“Happy Emancipation Day everybody,” Bowser said as the crowd cheered.

“What we’re celebrating today everybody is 160 years of D.C. emancipation,” Bowser said. “Eight months before the entire nation was emancipated … enslaved Africans living in America could find their way to freedom,” Bowser said.

D.C. Emancipation Day honors the day President Abraham Lincoln signed a bill that ended slavery in the District of Columbia, which gave freedom to more than 3,100 persons who were enslaved in the area.

Emancipation Day became an official holiday for Washington, D.C., in 2005.

“We are the first for many things in Washington, D.C.,” Bowser said.

Calvin Butler, who attended today’s event, said the day is an important one to celebrate.

Yvonne Somerville from Prince George’s County said, when she heard about the festival, she knew she needed to be there.

“I wanted to come out and support this very significant event,” Somerville said. “And for the sun, and the music and the love that’s here today.”