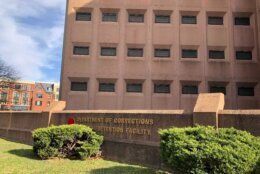 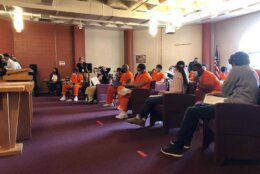 D.C. Jail officials held a rare tour for a small group of reporters Tuesday afternoon after the U.S. Marshals Service said it found serious issues in living conditions for inmates.

The tour follows the announcement that more than 100 inmates were removed from the care of the jail by the U.S. Marshals after an unannounced inspection in October.

Reporters were led into the South 1 maximum security housing unit and the North 1 disciplinary segregation unit, where the previous inspection by the U.S. Marshals revealed toilets and sinks weren’t working in some cells.

Reporters were allowed in a cell where the water and toilets were working.

When asked about the living conditions, Larry Brown, who has been an inmate for four years,  said, “No comment. I can really only speak for this unit right here,” he said about the “Lead Up!” transitional unit he lives in now.

“I’ve only been in this unit, and it’s pretty good here. I mean it’s very clean,” Brown said.

Lt. Jeremy Hannie, a supervisor on the North 1 unit, told reporters that the maximum number of inmates on his unit is 72, with 32 on the unit currently. Because that unit is for segregation for disciplinary issues from the general population of the jail, they are only there about 15 to 30 days at a time.

On the South 1 maximum security unit, supervisor Lt. Brown said that those inmates are allowed out of their cells two hours each day. He said the maximum number of inmates in that unit is 70 and there are currently 37.

He said that as of Tuesday, all of the toilets and sinks were working on the unit.

Tom Keagan has been in the jail since December and said that when he was in the North 1 unit, there were serious issues.

“I spent a good portion on the north side and it was not a pleasant experience. Hot in the summer without no air conditioning,” Keagan said. “Cold in the winter with no heat. You know where you had to wear four layers of clothes to keep them warm.”

He said the area of the jail he’s in now for the Lead Up transitional program is more comfortable.

D.C. Deputy Mayor for Public Safety Chris Geldart disputed the issues found by the U.S. Marshals in their report, saying its a big facility but they respond to any issues quickly.

“Do things break? Yes, they do. Is it an aging facility? Yes, it is. Do we do everything we have on site? Contractors are here every day to do fixes when things happen. We also throw everything we need to, add it when we have a bigger problem,” Geldart said. “I can tell you from the Department of Corrections and from the city, we pay attention to this facility every day.”

See more from inside DC Jail from news partner NBC Washington below: 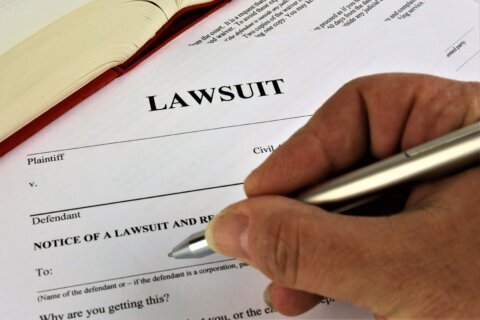