While Senator Bob Dole is known for his decades as a Senator on Capital Hill and his presidential bid in 1996, he was also a decorated World War II veteran and helped establish a memorial on the national mall honoring the greatest generation.
Listen now to WTOP News WTOP.com | Alexa | Google Home | WTOP App | 103.5 FM
(1/5) 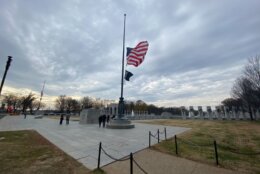 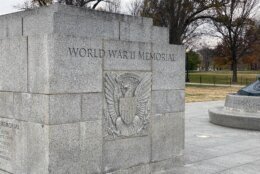 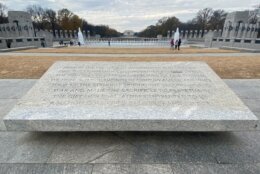 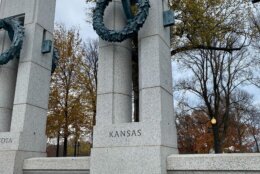 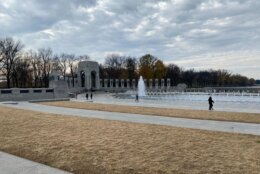 While Bob Dole is known for his decades as a senator on Capitol Hill and his presidential bid in 1996, he was also a decorated World War II veteran and helped establish a memorial to that war’s veterans on the National Mall.

“We have raised this memorial to commemorate the service and sacrifice of an entire generation,” exclaimed Dole during the memorial’s dedication in 2004.

On Monday, the flags in front of the memorial rippled through the breeze at half-staff, to honor the man who helped build the memorial.

“It was the recognition that he felt the World War II generation deserved,” Rotondi told WTOP.

Army 2nd Lt. Dole served in the famous Tenth Mountain Division in Italy. A Kansas native, he often joked about his lack of experience on mountains before the war, claiming to only have seen one before Italy.

In 1945, he was leading an assault against a German machine gun nest near Bologna when enemy fire tore through his spine and right arm.

“He was so badly injured, they never thought he would walk again. But he was determined and he had the support of his community, who raised money for him to have the experimental surgeries that he needed,” Rotondi said.

He never gained back the function of his right hand.

His connection to the memorial did not end when it was completed in 2004. During the weekends he could often be seen at the southern entrance to the memorial.

“He would spend hours and hours every Saturday going down to the memorial and greeting each World War II veteran who came to that memorial, individually. He had that quality where he saw people. He truly saw people and he cared about people,” Rotondi said.