Since the start of the school year, parents and lawmakers have maintained that the city’s youngest students are not frequently tested because they’re unable to produce enough saliva to create an adequate sample. Under recently passed city law, D.C.’s public and public charter schools are required to test 20% of students at every school weekly.

The Office of the State Superintendent of Education’s contract with testing vendor Shield T3 only includes saliva-based testing. The city’s public charter schools had the option of opting into the saliva-based asymptomatic testing program or independently launching a testing initiative.

It’s unclear whether a new testing pilot program, scheduled to be launched in January, will use nasal swabs.

“We continue to look at ways to bolster our testing efforts as part of our robust health and safety measures,” a D.C. Public Schools spokesman said in an emailed statement. “We look forward to sharing more details about this program with our community in January.”

The school system’s new initiative comes as some D.C.-area parents are concerned about kids who are not yet eligible to be vaccinated. Pfizer’s COVID-19 vaccine has only received emergency use authorization for children 5 and older.

Before Thanksgiving, four DCPS families sent schools Chancellor Lewis Ferebee a letter detailing the challenges young kids have faced with regard to the saliva testing. In one pre-K classroom, the letter said, no student had a test successfully administered since the start of the school year. To ensure students are still regularly tested, the parents wrote, swab tests are used outside of the classroom.

Ferebee responded to the parents’ concerns Monday, writing in an email addressed to them that the school system recognizes “the challenges that our youngest learners are facing without access to COVID vaccination and challenges with the OSSE COVID testing program.” The pilot program, Ferebee wrote, will offer mail-home test kits for pre-K students and will be part of a partnership between DCPS and DC Health.

Ward 6 parent Priya Sarathy Jones said she has a 3-year-old and 6-year-old, and that the 3-year-old has been flagged for testing at least three times but has never received a result. She credited an informative teacher who demonstrated how to perform the test, but said “other grades should have an alternative.”

Another Ward 6 parent, who asked to remain anonymous because of the ongoing developments regarding the school system’s handling of the pandemic, told WTOP that young kids are able to be successfully tested with a nasal swab.

“If they catch a sniffle or cough, it’s like, ‘Let’s get them tested. Let’s just do it,'” the parent said. “That’s important, that we’re able to be responsible to our community, both in the pre-K school setting, as well as in our broader community.”

A source familiar with the OSSE testing program said the percentage of rejected samples has decreased since testing in schools began, but said the number of students tested isn’t sorted by grade level. The source also said OSSE has regularly communicated with DC Health, Children’s National Hospital and other jurisdictions nationwide regarding testing plans for early childhood students.

The effectiveness of the saliva-based testing program has also varied by school. Emily Hedin, executive director of Breakthrough Montessori Public Charter School, which opted in to the city’s testing program, said the school has tested 44% of its 317 in-person learners. Because the saliva testing takes longer for students, Hedin said, some parents opted for a nasal swab testing option, which isn’t administered during the school day.

The school has seen improvement over time, Hedin said, going from testing 20% of students in September to 44% more recently. Young children’s desire to move on to another activity, coupled with the sensory awareness needed to spit, makes the saliva-system challenging, Hedin said.

But for frustrated parents, the option for a nasal swab test could ease some concerns.

“I have no opposition to spit testing that works,” the Ward 6 parent said last month. “But if the little ones can’t do it, they’ve got to do a nasal swab, and they’ve got to close that gap.” 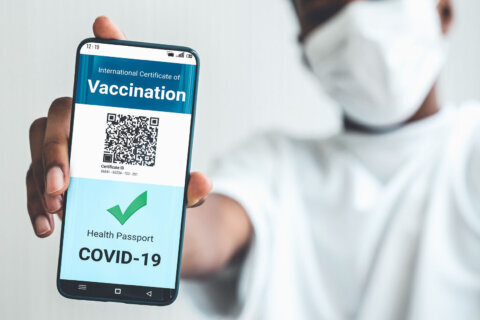