Wilson High School could soon have a new name. The council is expected to make its first vote on a bill designating the Northwest D.C. school as Jackson-Reed High School on Tuesday morning.

“Edna Jackson was a trailblazer as a teacher and Vincent Reed was a trailblazer as a principal and then superintendent. And that this was at a time when the city had a long history of not respecting that African Americans could be educational leaders,” Mendelson told reporters in a legislative preview session on Monday.

Normally, D.C. Public Schools leads the renaming process, as it did with changing West Elementary to John Lewis Elementary.

The council had “a problem” with the suggestion to rename the school, which is currently named for President Woodrow Wilson, after playwright August Wilson.

“The council has tried to do is defer to DCPS to have a process for coming up with school names … But the council and the public had a problem with renaming Wilson High School, and so we had a hearing and that controversy was quite evident,” Mendelson said.

So the council held a public hearing, and Mendelson said they found common ground.

“I mean, there’s some who still want just Jackson or just Reed. But it was clear that there was a consensus from the community for this. I think it will be very powerful,” he said.

This will be the council’s first vote on renaming the school. If a second vote passes the legislation, it will be up to the school system and the Department of Public Works to determine the timeline for changing signage and school-related paperwork. 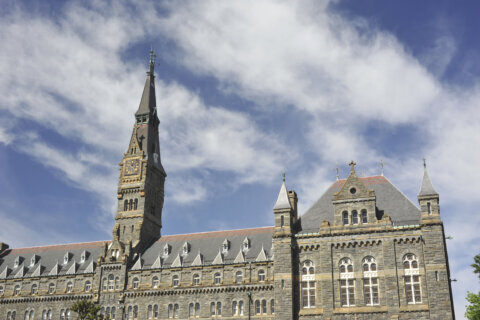