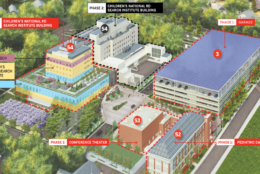 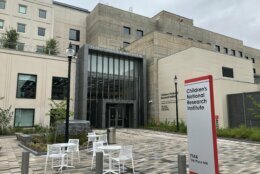 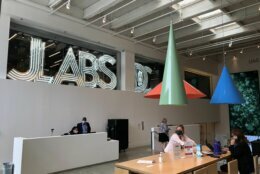 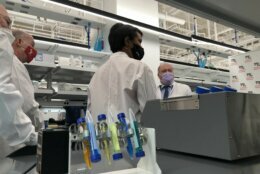 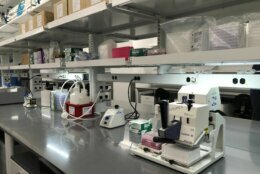 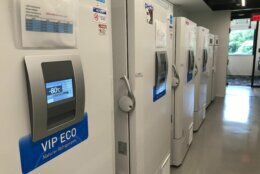 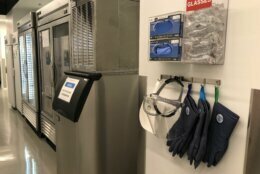 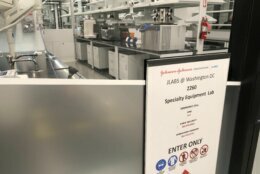 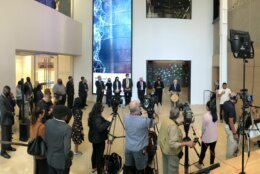 The Children’s National Research & Innovation Campus was officially welcomed to the former Walter Reed Army Medical Center campus on Wednesday with a visit from D.C.’s mayor and city council chair.

Research focusing on kids has traditionally lagged behind resources devoted to adults. JLABS will be the first of the parent group’s now 13 global locations to focus on pediatric research.

Virginia Tech currently has a floor of research space on the campus.

“We have strong research programs in brain cancer, including in children. And there’s some very devastating forms of brain cancer in children, the survival rates are less than 5%,” Michael Friedlander, Virginia Tech Vice President for Health Sciences and Technology explained.

“It turns out our pets, dogs, get the same brain tumors that we humans get, particularly that our children get. So we have a veterinary school of Virginia Tech, and we have a cancer research group with them down in Blacksburg and Roanoke. We’re collaborating with our Children’s National colleagues as well on that, to find answers to solve problems for brain cancer in children and in our pets at the same time. We can go back and forth. It’s called One Health, an integrated health research program,” he said.

Advancements made on the innovation campus will benefit all of science as well as local families, according to Children’s National Hospital CEO Dr. Kurt Newman.

“For example, our genetics research here is focused on improving outcomes for asthma and obesity. We know that those numbers are way too high in Washington, D.C. and in this region,” Newman said.

“The research that’s being done here, the first recipients of the benefits of that, will be the children and families here, whether it’s participating in clinical trials of the latest advances or the great doctors that are working here that can provide those discoveries directly to those children,” he added.

Also, one of the companies being hosted by JLABS works to enhance the diversity in clinical trials. It’s called Acclinate.

download audio
Dr. Del Smith, CEO of Accilnate, explains why all races and ethnicities should be included in clinical trials.

“They were brought up from Alabama. Their whole goal is to increase participation by underrepresented minorities in clinical trials. That would be such a huge benefit, I think, if they can build the trust in communities to participate in getting the latest and greatest,” Newman said.

Also, later this fall one of the first pediatric primary care centers in Ward 4 will open on campus.

The campus will be opening in three phases with construction on phase two set to begin soon, thanks to a just awarded $6.7 million construction grant from the National Institutes of Health.

The Children’s National Research & Innovation Campus advances the goal of the BioHealth Capital Region, now the fourth-largest research and biotech cluster in the U.S., to become a top-three hub by 2023.