‘We left them behind’: March near White House calls on US to prioritize women leaders in Afghan evacuations

Hundreds joined a march in D.C. on Sunday to call on the U.S. to prioritize women leaders in evacuations from Afghanistan.
Listen now to WTOP News WTOP.com | Alexa | Google Home | WTOP App | 103.5 FM

Hundreds joined a march in D.C. on Sunday to call on the U.S. to prioritize women leaders in evacuations from Afghanistan.

Many of the signs marchers carried outside of the White House said “I stand for Afghan women.”

Alyse Nelson, president and CEO of Vital Voices Global Partnership, said the language was chosen for a reason.

“What the Afghan leaders here are saying is that they need solidarity — they need sisterhood, but they don’t need to be saved. They are not victims; they are leaders,” Nelson said.

The organizers of the march said a lot has been done in the past few days to get women out, but they said there many still there fighting to be heard. 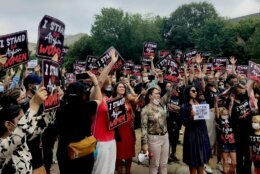 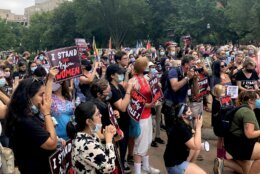 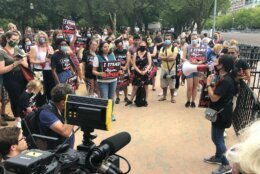 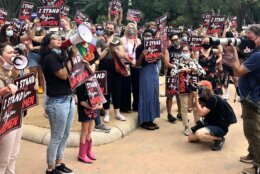 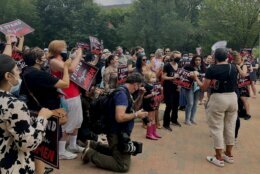 “They want peace; they want safety so that they can thrive and be presidents, activists, journalists, artists and have a decent life,” said Wida Amir of the Afghan American Foundation. “We cannot stand idle.”

The march was organized by Vital Voices in partnership with the Georgetown Institute for Women, Peace and Security, Women for Women International, CODEPINK, 1 Billion Rising, Mina’s List, Alliance in Support of the Afghan People and Equality Now.

The organizers said they are calling on the U.S. to prioritize the evacuation of Afghan women leaders, ensure protection of women’s rights inside of Afghanistan now and to amplify the voices of Afghan women who were able to get out.

“Our plight right now is that we’re in the middle of a human rights and human violation crisis,” Amir said.

The march started at the Vital Voices headquarters on 16th Street NW and traveled to Lafayette Park outside of the White House.

“The greatest fear is that we forget them, we abandon them, we move on to the next crisis,” Nelson said.