In a tweet Tuesday posted shortly after 9 a.m. Tuesday, DC Water said crews are "transitioning from a leak investigation to repairs," although the tweet said crews are "still trying to pinpoint the exact location of the break."
Listen now to WTOP News WTOP.com | Alexa | Google Home | WTOP App | 103.5 FM
(1/9) 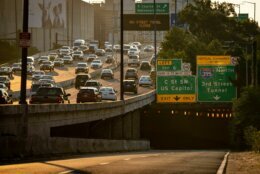 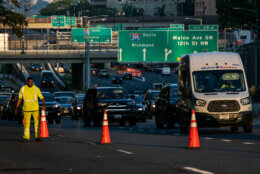 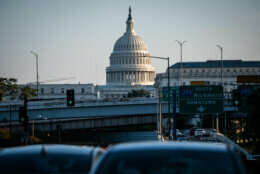 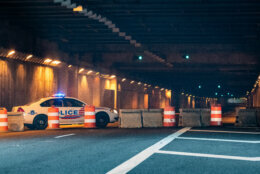 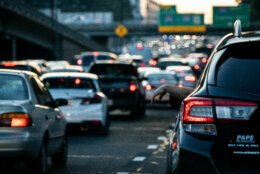 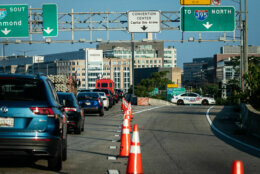 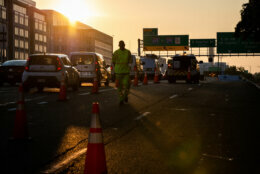 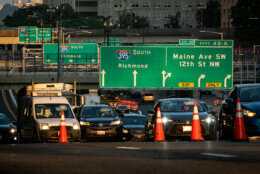 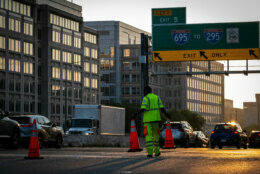 D.C.’s 3rd Street Tunnel is closed to commuters for a second day after a ruptured main sent water pouring down the walls and compromised the roadway, breaking up asphalt.

In an update Tuesday afternoon, DC Water CEO David Gadis said that they have narrowed down the location of the leak, but it is in a very difficult area of the tunnel.

“This break is behind an auxiliary wall in the tunnel. The tunnel has the lanes, and then it has an auxiliary wall behind it, and it’s tucked in behind that. What makes it tough is we want to keep the integrity of the tunnel,” Gadis said, adding that they want to make sure that people are safe and that after the work is completed, the tunnel is safe to drive through.

Gadis said that crews are very close to pinpointing the exact location, and once that is done, “we will be in a better position to determine how long it will take to execute the repair.” He said that DC Water is working closely with other agencies, such as the District Department of Transportation, to repair not only the main, but also the street.

Deputy Mayor for Public Safety and Justice Chris Geldart is hopeful that at least one side of traffic in the tunnel will be flowing relatively soon.

Gadis said that he expects the work on the northbound side will be completed shortly. Currently, a section of the tunnel remains closed between New York and Massachusetts avenues, and he cautioned people to avoid the area if possible.

“We’re going to do everything we can to start opening up sections of the roadway here when we can. Right now, we are hopeful that we could get our northbound side back for tomorrow morning’s rush. But that’ll remain to be seen on how we do with progress today,” Geldart said.

As for the southbound lanes, Geldart said repairs will need to be done on the roadway, and it may take several days to get that in place.

“We need to make sure that it’s safe for people to drive on. And to do that, we have to have a good roadway. So we’re going to determine that as we get through. But right now, we do know that we’re going to have to do some significant work to the roadway once we get the water leak fixed,” Geldart said. This includes potentially replacing some of the concrete, which takes time to cure.

So far, no structural integrity issues with the tunnel have been found, Geldart said.

According to the WTOP Traffic Center and listener reports, here’s what drivers should know:

For the latest traffic conditions, see WTOP’s traffic page or listen to updates every 10 minutes online or on the air at 103.5 FM. Have an update? Let us know by calling 866-304-WTOP or tagging @WTOPtraffic on Twitter.

Below is a map of the impacted area:

WTOP’s Anna Gawel, Will Vitka and Mary de Pompa contributed to this report.