Homeless encampments being cleared from Northwest DC parks due to reports of drugs, violence

Reports of drug use and violence have prompted the closure of a pair of Northwest D.C. parks and the clearing of homeless encampments assembled there.
Listen now to WTOP News WTOP.com | Alexa | Google Home | WTOP App | 103.5 FM
(1/5) 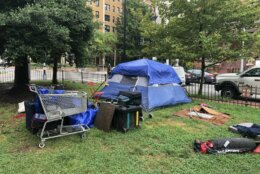 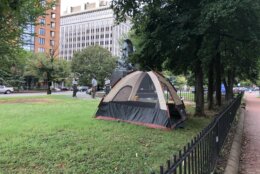 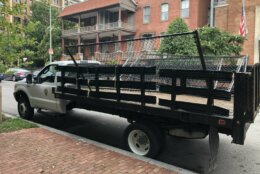 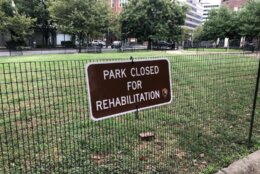 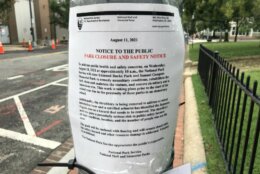 Reports of drug use and violence have prompted the closure of a pair of Northwest D.C. parks and the clearing of homeless encampments assembled there.

The National Park Service began taking action in Burke Park and Gompers Park at the intersection of 12th Street and Massachusetts Avenue on Monday.

By Tuesday morning, there were only a few tents still set up at both parks.

Sections of the parks were already fenced off with signs that read “Park Closed for Rehabilitation.”

The park service planned to have the parks completely shut down starting Wednesday morning.

In July, the Park Service said it had “no imminent plans to remove existing encampments,” but that changed following pressure from the community.

“The NPS has received numerous reports of drug activity, violence and unsanitary conditions in these parks, which are located near Thomson Elementary School,” the park service said in a statement last week.

“The closure and restoration will allow the NPS to address public health and safety issues before the start of the school year.”

While camping in national parks is prohibited, the park service has generally opted not to take action against encampments during the coronavirus pandemic.

It has followed guidance from the Centers for Disease Control and Prevention that recommended homeless residents be allowed to camp outside if permanent housing options are not available.

Despite the CDC guidance, the park service said it would still “remove encampments when it determines that a site poses a significant, continuing, security, health or safety risk.”

“The NPS evaluates each park individually and makes operational decisions based on what we find,” The park service said.

One woman who was packing up her things Tuesday morning told WTOP that she had lived at the encampment for a couple of months and did not know what she was going to do next.

“I’m thinking about today just trying to put some food in my stomach,” she said. “One step at a time.”

Leaders in the District have promised to coordinate efforts with the DC Department of Human Services which can provide increased services to those in the encampments.

A D.C. Council member Brooke Pinto, who represents the area, released a statement saying she had called on the Office of the Deputy Mayor for Health and Human Services to “move quickly to get residents into housing.”

Pinto noted the reports of “violence and criminal activity,” saying that she believed closing the parks was “important” to “ensure the safety of the students” at Thomson Elementary School.