D.C.’s wealthiest residents are likely to soon pay more in taxes, funding what lawmakers consider to be necessary programs that invest in early childhood education and housing to stabilize the workforce.

In a vote of 8-5, the D.C. Council approved the Homes and Hearts Amendment Act, thereby including it in the budget package that passed Tuesday evening on its first of two votes. The tax hike on residents making more than $250,000 a year will affect 5% of District residents, according to the council.

The District will use the income generated to fund increased wages for early childhood educators, to secure stable housing for D.C.’s homeless, and to introduce a monthly income for families earning less than $57,414 a year.

The act funds the “Birth to Three” law, which doubles the wages for early childhood educators, with the goal of expanding the job pool, paying living wages to those caring for children and increasing access for childcare. It also invests $65 million in new housing meant to provide some 2,400 homeless residents stable homes. The act will also provide a monthly stipend for families who are enrolled in the Earned Income Tax Credit, which means those who qualify could receive extra cash each month.

The lawmakers against the measure felt it was too rushed, and there would not be adequate time to fairly assess the implications of raising taxes.

“Last year, a very similar tax increase proposal was proposed right before we took the budget vote. And it failed. Why has a tax increase not been introduced over the course of the last 12 months?” asked Ward 2 Councilmember and former tax attorney Brooke Pinto.

But their colleagues argued that going through the formal process to assess the tax implications would delay the council’s opportunity to offer relief to those who lost their jobs during the pandemic and need help.

“We are confronted with the fierce urgency of now, and a need to act to protect the people in our city who do not have homes, for vastly underpaid childcare workers, and families that are struggling to get by,” said Ward 4 Councilmember Janeese Lewis George.

At-Large Councilmember Robert White was on the fence but said he could not turn his back on the community that has been so vocal in its request for assistance.

For those making $300,000 dollars a year, the monthly tax hike translates to an additional $31 out of their paychecks. D.C. has the lowest total tax burden in the region for high-income households making more than $150,000 dollars a year. 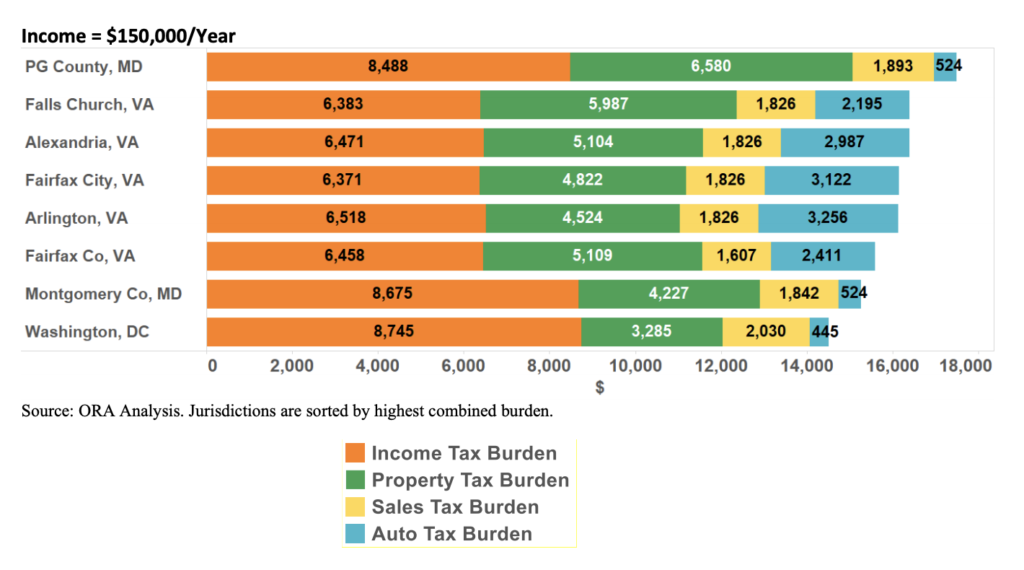