A construction worker has been rescued after being trapped for about an hour and a half in the collapse of a building under construction Thursday afternoon in Northwest D.C.
Listen now to WTOP News WTOP.com | Alexa | Google Home | WTOP App | 103.5 FM
(1/12) 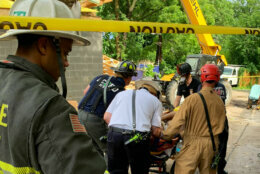 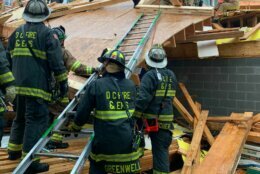 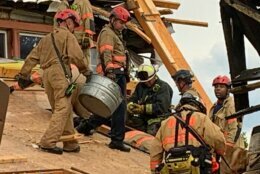 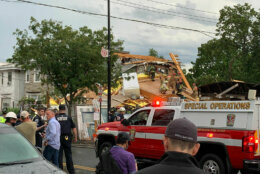 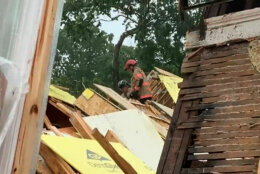 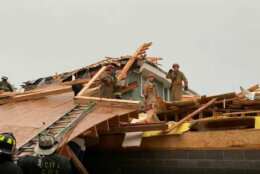 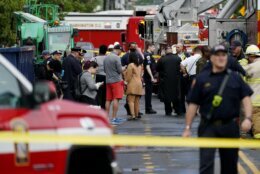 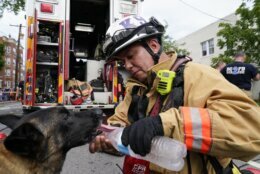 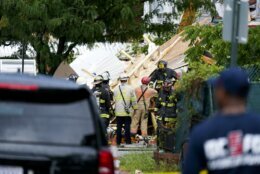 A construction worker has been rescued after being trapped for about an hour and a half in the collapse of a building under construction Thursday afternoon in Northwest D.C.

Fire Chief John Donnelly said a combination of small search cameras, a rescue dog, “chain saws and manual labor” got rescuers to the man, who was trapped under three stories of rubble against a beam with about 8 inches of space around him just before 5 p.m.

“He was very, very lucky,” Donnelly said. He described the man’s injuries as serious but not life-threatening.

“You could hear him screaming in pain” as he was loaded on a stretcher, WTOP’s Mike Murillo said, but added that rescuers told him, speaking of the worker, “He should play the Powerball.”

Donnelly said it was “a very, very fast extrication” given the circumstances, the damage and the weather, adding that the collapse was a combination of a “pancake collapse,” in which multiple levels collapse on each other, and a “lean-to collapse,” in which one side of the remaining structure is higher than the other and leaning against an adjacent building.

Firefighters had to use chainsaws and electric saws and move wooden boards, walls and other debris to free him. Once he was freed, emergency crews rushed him to the hospital with serious but not life-threatening injuries, Donnelly said.

Four other workers were injured in the collapse of the building at about 3:30 p.m. at 916 Kennedy Street Northwest, just south of Emery Heights Park, and have been taken to hospitals with injuries that Donnelly called non-life threatening. He said they didn’t need the kind of involved rescue that the trapped worker required; “co-workers and ladders” were sufficient to get them out.

Dogs searched the wreckage to make sure no one else was in there, Murillo said.

Ernest Chrappah, director of D.C.’s Department of Consumer and Regulatory Affairs, said an inspector was on the site. He couldn’t comment on whether Thursday afternoon’s strong storm had anything to do with the collapse, but said buildings should be stable in storms regardless of the weather.

He added that he hadn’t heard about any complaints from neighbors, except about a crane in the back alley. It’s too early to tell what happens now, he said, but possible enforcement actions “run the gamut.”

Another structure has been compromised, Donnelly said.

Officials said it was too early to determine a cause or to say whether a storm rolling through may have played any role.