Two dozen people are displaced after a fire tore through a Southeast D.C. apartment early Wednesday.

D.C. firefighters responded to a two-story apartment building at 3092 Stanton Rd. SE around midnight, and worked to extinguish flames in a basement-level unit.

No residents were injured, Maggiolo said, but a dog was killed in the blaze.

Officials are still trying to determine how the fire began. 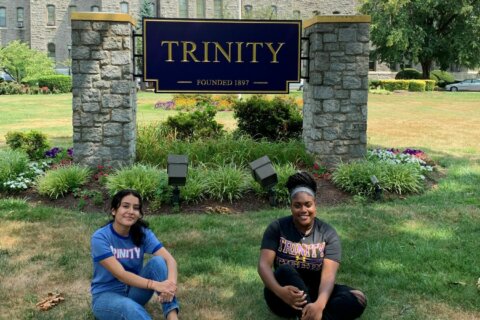