Man with Molotov cocktails near Capitol ‘had larger ambitions,’ held until trial

A federal judge has ruled an Alabama man who had 11 Molotov cocktails in his truck, and five loaded firearms near the U.S. Capitol on Jan. 6 will be held without bond until trial.
Listen now to WTOP News WTOP.com | Alexa | Google Home | WTOP App | 103.5 FM

A federal judge said the Alabama man charged with having 11 Molotov cocktails in the covered bed of his pickup truck parked near the U.S. Capitol, as well as five loaded firearms “had larger ambitions of collaboration on January 6,” and ordered him held trial.

Lawyers for 71-year-old Lonnie Leroy Coffman, had argued for home release with GPS monitoring until trial, but Judge Colleen Kollar-Kotelly of the U.S. District Court for District of Columbia said the Army veteran had ties to Texas militia groups, was a flight risk and was poised for potential political violence.

In a 24-page opinion and order, Kollar-Kotelly said investigators had recovered 11 Mason jars, each filled with a flammable liquid and a hole punched in the lid, with rags and lighters nearby.

Coffman’s red GMC Sierra 1500 pickup truck was parked within an area that had been secured, after reports of possible explosive devices near the National Republican Club of Capitol Hill and the Democratic National Committee headquarters.

Two Capitol Police officers “observed the handle of what appeared to be a firearm on the front right passenger seat,” of Coffman’s truck. Three loaded guns, including a semi-automatic rifle were found inside the truck. Charging documents said Coffman had two handguns in his pockets, when he tried to return to his vehicle.

In Coffman’s wallet was a piece of paper with contact information for a member of a militia group from Texas, known as the “American Patriots.” In 2014, the FBI had identified Coffman as a participant at an address known as “Camp Lonestar,” a reported gathering place for Texas militia groups that patrol the border for illegal aliens.

Prosecutors said Coffman had called the office Sen. Ted Cruz, R-Texas, on Dec. 11, 2020, then drove to Cruz’s D.C. area home to try to meet with him, about what Coffman perceived as election fraud.

Kollar-Kotelly said she’s convinced “no condition or combination of conditions will reasonably assure the safety of any other person and the community were Mr. Coffman to be released pending trial,” and ordered him held. 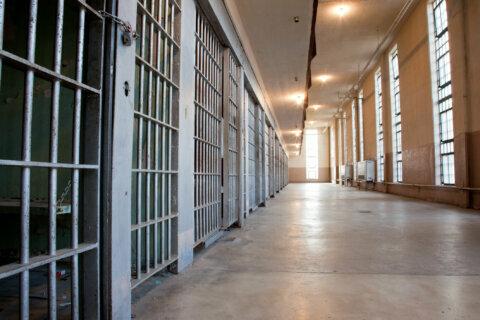 DC inmates cooling down after a week with broken air conditioning