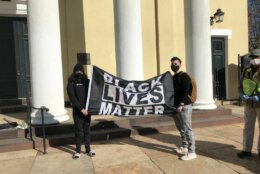 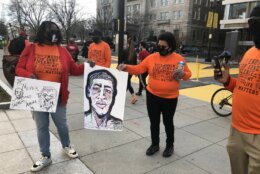 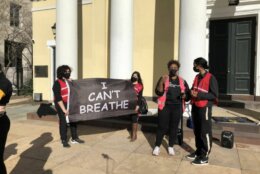 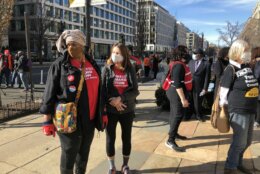 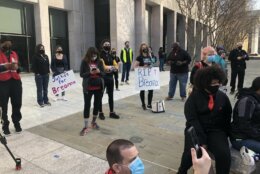 A small group of demonstrators gathered in D.C.’s Black Lives Matter Plaza on Saturday to mark the anniversary of Breonna Taylor’s death.

Teenage activists from the area organized the demonstration to honor Taylor and remember all Black women and other women of color who have lost their lives in encounters with police.

“Today is the anniversary of the murder of Breonna Taylor and we wanted to hold this event to memorialize her and the other Black women who have died across the U.S., especially from police brutality,” said 16-year-old Ariel Aylesworth, a student at Trinity School of Meadow View in Falls Church, Virginia.

Taylor was killed by Louisville police in her home during a narcotics raid in which she, nor anyone at her home, was a suspect in.

None of the officers involved have been charged with Taylor’s death. Only three have been fired from the department.

But other activist groups joined the demonstration to include the voices of women of color who are victims of gun violence.

Her death remains one of the District’s unsolved murders.

D.C. marks a year since Breonna Taylor’s killing with two vigils—one leaving signs in remembrance of Taylor, Floyd, Arbery and others along the Lafayette fence, and another by candlelight in Malcolm X/Meridian Hill park. pic.twitter.com/fQ8PDJ78DU

Other activists said that the anniversary of Taylor’s death is a good occasion to emphasize how all women of color who are disproportionately victims of violence nationwide.

“Women of color, in this country, are taken advantage of and not seen…from Latinx women who are missing on the border, from Black women who are getting gunned down on the streets…people don’t just see us, but we are here,” said Zillah Wesley of D.C.