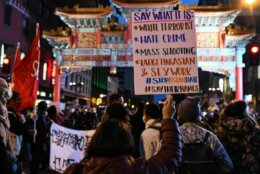 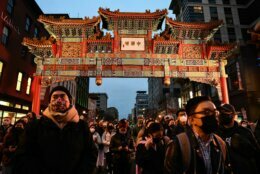 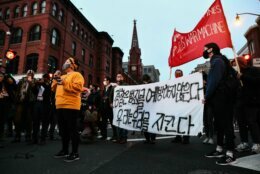 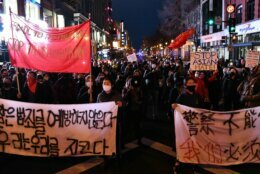 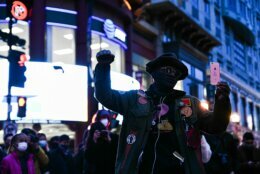 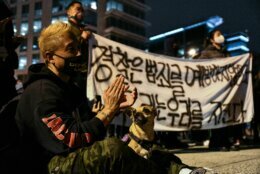 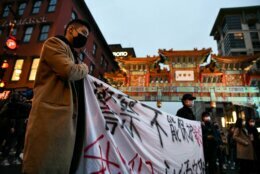 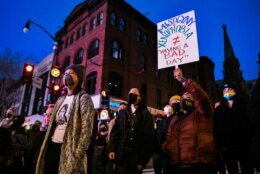 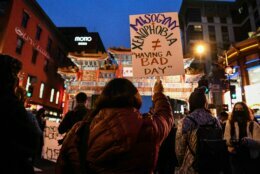 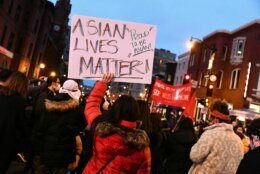 D.C. activists led a demonstration Wednesday night in response to the mass killings of eight people, including six women of Asian decent, in three massage parlors in Georgia.

Total Liberation Collective, the predominantly Black activism group, organized the rally, saying on Twitter that it was against white supremacy and in solidarity with the Asian American community.

They marched from the Chinatown gate to the convention center throughout the evening. The rally also included speakers that discussed improving the country’s relationship with the Asian American community and immigration.

Prior to the rally, the group tweeted out a list of demands to D.C. Mayor Muriel Bowser: to disband the Metropolitan Police Department’s Asian Liaison Unit; incorporate anti-Asian violence as part of the K-12 curriculum; and include Black history into the year-long K-12 curriculum.

Black Liberation is Asian Liberation, and in the words of Fred Hampton: “We’re going to fight racism with solidarity.” If @MayorBowser truly believes in building a safer DC, she will know that our demands are made out of Love, Rage, and Learning. pic.twitter.com/AgtZLo1pCh

Hate crimes against Asian Americans have been on the rise in the U.S. during the coronavirus pandemic. The Atlanta-based mass shooting is the latest attack on the Asian American community.

Robert Aaron Long, 21, has been charged with the eight killings, amounting to the largest mass shooting in the U.S. in the last two years.

WTOP’s Alejandro Alvarez and the Associated Press contributed to this report.