As snow flurries descended down onto the Dupont Fountain in D.C.’s Dupont Circle Tuesday, a tradition unlike any other continued in a virtual way.

Potomac Phil, the District’s stiff yet mysterious groundhog, emerged from his slumber to give his annual prediction on the political and natural climates on Groundhog Day.

Moments after his “brother” Punxsutawney Phil predicted six more weeks of winter, Potomac Phil emerged with two predictions of his own: While holding his precious corncob, Phil said on Twitter that spring will come come early in 2021 while political gridlock will remain for the next six months.

The annual celebration of the stuffed groundhog’s prediction was limited to a social media announcement this year due to COVID-19 concerns. In normal times, Phil made his appearance at Dupont Circle in front of a large, vocal crowd to hear his nonverbal predictions.

Without a large audience, Phil stayed outside by the fountain in the snow for two hours to meet his adoring fans in the snowy conditions.

There is some hope that the stoic groundhog could make a second appearance this year, at a possible celebration for the fountain’s 100-year anniversary. When asked about a future appearance and his social life during an exclusive interview with WTOP, Phil elected to sleep away the question.

But social media evidence shows that he’s enjoyed a night or two out in the District.

Waking up from my hibernation—with a stiff neck still—and heading out for some drannnnnnnnnnks before my big day. R U in town?!?! pic.twitter.com/UxMOiYuymL 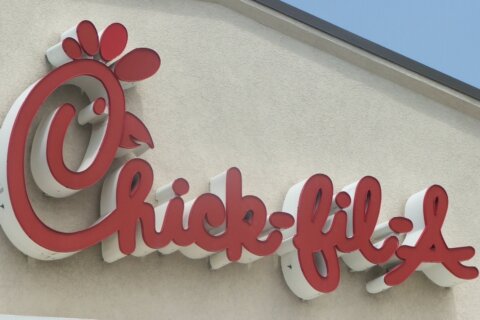